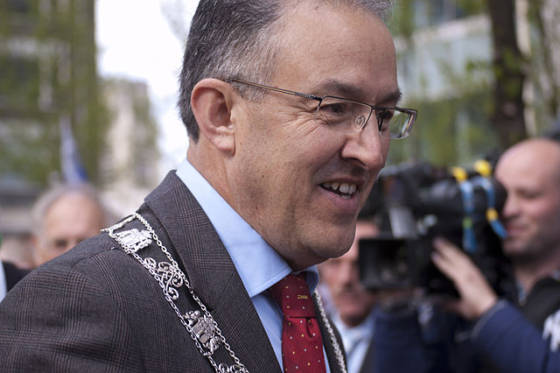 Rotterdam mayor Ahmed Aboutaleb has made a formal apology for the role of city officials in slavery in colonial times.

Speaking on the International Day of Human Rights, Aboutaleb said the predecessors of the city’s executive board ‘played a prominent role’ in Dutch colonialism and the slave trade and slavery.

‘They were partly responsible for colonial oppression, from the Caribbean and Africa to Indonesia,’ he said.

‘Traces of this past are visible in contemporary culture, architecture and society and tangible for Rotterdammers with roots in the former colonies. The atrocities and gross violations of human rights that took place there have left deep wounds.’

The mayor said that thorough research into Rotterdam’s part in this history had been necessary in order to face the past.

In 2017, the city commissioned the the Royal Institute of Linguistics, Land and Ethnology (KITLV) to research the issue, and the results were published in three books.

That research established that between 1602 and 1795, most directors of the Dutch East India Company (VOC) and the West India Company (WIC) also held positions on the city council. The council also invested in these trading companies and later in the private slave trade and plantations.

Amsterdam mayor Femke Halsema made a formal apology for the capital’s role in slavery in July, during the annual Keti Koti ceremony which marks the end of the slavery era.