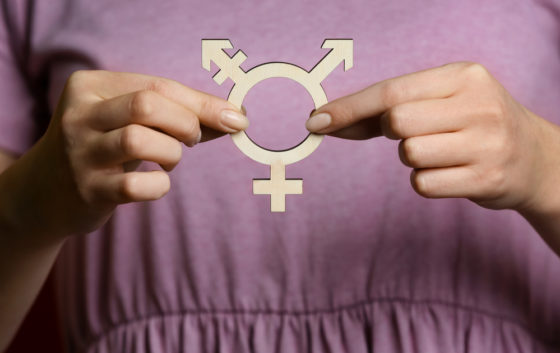 The recommendations are meant for employers who wish to use inclusive language when recruiting, for example, and for people who are simply curious about how linguists have tackled the grammatically thorny issue of inclusive nouns and pronouns.

‘We picked up on the need expressed in the language community of Belgium and the Netherlands for a systematic approach to matters surrounding language and gender, preferably with a scientific basis,’ linguistics expert Ingrid van Alphen told broadcaster NOS.

Van Alphen said the use of gender conscious language does not equal neutral language. ‘There is no such thing,’ she said. ‘What we are proposing is ‘gender inclusive’ language which can be used ‘not always for everyone but for specific persons and situations.’

Words like ‘politieman’ (policeman) and ‘politievrouw’ (policewoman) will continue to be used, for example, but these could be supplemented with ‘politiepersoon’ (‘police person’).

The matter of pronouns is more complicated, linguistics expert Vivien Waszink told the broadcaster. The use of the plural ‘hen’ and ‘hun’ in Dutch followed by a singular verb is confusing for some and seen as downright ugly by others, she said.

Waszink, who has written a book about inclusive language, agreed with the Taalunie solution of ‘die’ (who) as a better pronoun to refer to a non-binary person, as in ‘Vanavond hebben we Aiden te gast. Die was jarenlang leerkracht Nederlands op een middelbare school en heeft onlangs diens eerste jeugdboek gepubliceerd.’

Newly invented pronouns, such as the Swedish mix of ‘hon’ (her) and ‘han’ (him) to form the inclusive ‘hen’, would not work in Dutch, Waszink said. Dutch attempts have included ‘xij’ and ‘qij’, buth these are unlikely to be widely adopted, she said, because they sound ‘too artificial’.

Waszink said the Taalunie is wise to refer to the advisory and complementary nature of its guideline. ‘People don’t like to be told ‘don’t say this, say that’. But it is a good thing that people become aware of how they use language.’