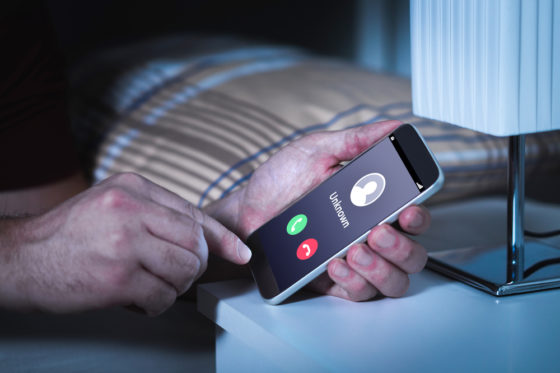 Most of the people who are being successfully scammed by people claiming to be phoning from the ‘supreme court’ or Dutch police are not Dutch nationals, the Fraud Help Desk which monitors online scams has confirmed to Dutch News.

‘Yes, we do see that the people who fall for it, who actually send over money or give access to their computers, are most often English speakers, or people who communicate in English, such as international students,’ spokeswoman Tanya Wijngaarde said.

The fraud desk does not have exact figures because it does not record nationality in its register but there are no indications foreigners in particular are being targeted. ‘I think, given the numbers, that they [the scammers] just make calls and it is luck if they come across someone from abroad,’ Wijngaarde said.

Earlier scams have specifically targeted international workers, such as the fake immigration service con, which appeared to focus on Indian nationals.

Victims hear a recording in heavily accented English which asks them to press a number. They are then put through to a person who informs them their BSN social security number was being misused, that there was an arrest warrant against them or that they are suspected of criminal activities such as drug dealing or money laundering.

Lizzie lost €4,000 to scammers from the ‘supreme court’

One victim told Dutch News in detail how she had been scammed earlier this year. ‘‘A guy introduced himself as Dave. He told me that the police raided a house and found – I don’t even know how many kilograms – but a lot of cocaine,’ she said.

‘And he said they investigated this crime and a bunch of other fraud-related crimes and everything linked back to my BSN number.’ ‘I just immediately started crying. But Dave was so calm and friendly – so reassuring that it was going to be ok.’

If you get a call from anyone claiming they are from the national police or the Dutch supreme court, hang up immediately and report the crime to the FraudeHelpDesk.

If you have been a victim of this scam, please contact editor@dutchnews.nl in complete confidence.