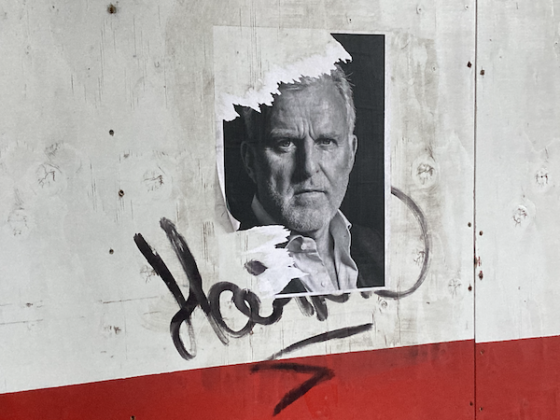 Two men accused of murdering crime journalist Peter R de Vries almost a year ago will hear what jail terms the public prosecution department thinks they should be given at Tuesday’s court hearing.

Delano G, aged 22 and from Tiel, is accused of shooting De Vries dead as he walked back to his car after a television appearance. Kamil E, a Polish national, is said to have been the driver, and to have kept watch on De Vries before the murder.

The two suspects were arrested around an hour after the killing when their car was stopped on the A4 motorway near Leidschendam. The gun identified by ballistics experts as the murder weapon was still in the vehicle.

The public prosecutor believes De Vries was murdered because he was helping a crown witness in the trial of gangland leader Ridouan Taghi. Both suspects have refused to say who commissioned the killing.

However, the Telegraaf reported last year that G is a nephew of an associate of Taghi, who is alleged to have ordered a series of gangland murders and is also currently on trial.

De Vries’ son Royce and daughter Kelly both spoke to the court during the hearing and outlined the impact the murder had on them.

Kelly de Vries told the court she wanted to address the suspects directly. ‘Not because there is any use in it, but because it is what I need to do,’ she said. ‘Because even though I cannot stand you… I can treat you as human beings… because that is how I was brought up to behave.’

Kelly said she wanted to give the suspects something to think about in the coming decades, that a murder always costs more lives.

Not just De Vries’ relatives are affected, she said. ‘So are those who are close to you, your partners and your children, and your son Delano, your children, Kamil. They will have to deal with your deeds for the rest of their lives… Peter Rudolf de Vries will go down in history, as will you. But they will say that my father was a hero.’

The children and De Vries’ ex-wife Jacqueline have submitted a damages claim against the suspects for €400,000 for emotional damage, shock and the cost of the funeral.

The public prosecution department will outline its sentencing demands later on Tuesday.

The two men’s lawyers are due to respond next week and the court will announce its verdict on July 14.