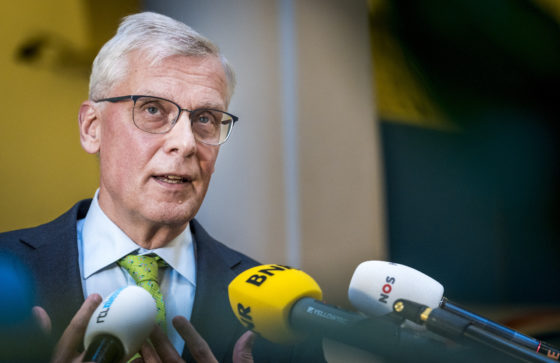 The Dutch government has acknowledged for the first time that institutional racism was a factor in the tax office’s treatment of ethnic minorities that led to excesses such as the childcare benefits scandal.

Deputy finance minister Marnix van Rij wrote in a letter to parliament that an investigation by auditors PwC had uncovered ‘unacceptable’ practices in the department responsible for supervising payments.

PwC was called in after it emerged that the tax office kept a secret list of 270,000 suspected tax fraudsters, based on risk factors including having a second nationality, donating to mosques and submitting unusually high healthcare bills.

The privacy watchdog AP fined the tax office €2.75 million for breaching the rights of the people on the list and said keeping records of second nationalities was illegal and discriminatory. The finance ministry was separately fined €3.7 million.

The last government resigned in January 2021 in response to a damning parliamentary report into the childcare benefits scandal, but until now ministers have not said if institutional racism was to blame.

PwC’s analysis found that the tax office picked people out for closer supervision on the basis of their age, nationality and other personal details, focusing on those with ‘non-Western’ nationalities. In emails officials used phrases such as ‘yet another fraudulent asylum seeker’.

‘It has been painful for a lot of people,’ Van Rij told NOS.

‘What it means when we acknowledge that institutional racism took place in a section of the tax office is that unconscious patterns crept in, unnoticed, in the department responsible for supervising claims, and that’s unacceptable.

‘I find institutional racism so serious because it’s so difficult to pin down,’ he added. ‘It’s not enough for us to point it out: we have to tackle it and make it a subject for discussion both inside and outside the tax office.’

He added that discrimination was not only a sensitive subject but a legal issue and has asked the government’s lawyers to investigate the implications. The government has also said it will work with the human rights watchdog CRM and the national anti-racism and discrimination co-ordinator to ensure that similar abuses did not occur again.

So far nobody has been dismissed in connection with the childcare benefits scandal, in which tax officials wrongly accused families of fraudulently claiming childcare support, but Van Rij said it was clear a change of culture was necessary.

‘If anyone has individually crossed the line there will be consequences,’ he said.