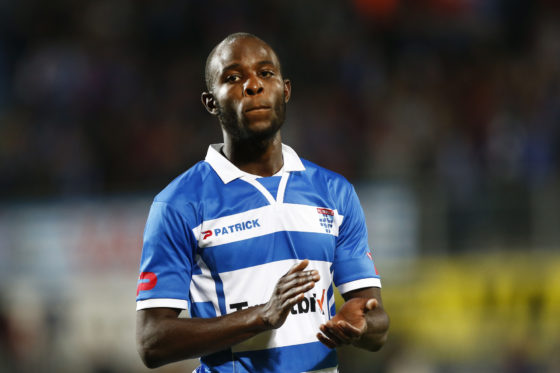 Police are investigating a possible assault involving the former Ajax and Twente Enschede footballer Jody Lukoki, who died suddenly on Monday at the age of 29.

The Dutch-Congolese winger was allegedly attacked during a family gathering in Almere at the weekend, the Parool newspaper reported.

On Sunday he went to hospital complaining of a headache and pain in his knee. Doctors reportedly decided to amputate his leg, which had become seriously infected, but he fell into a coma after the operation and suffered a fatal cardiac arrest at 6am on Monday.

Police in the Midden-Nederland region said they were investigating an ‘incident’ in Flevoland in connection with Lukoki’s death. They also confirmed they had received a formal complaint of a crime, which is needed to trigger an investigation.

Het Parool said the player was also suffering from oxygen deprivation which may have been linked to the use of nitrous oxide, or laughing gas.

Police said many of the details were still unclear, including where the party and alleged assault took place, and stressed that the cause of the player’s death had not been established.

His agent, Menno Groenveld, told the Telegraaf that the family were ‘in shock and deeply saddened’ by his death.

Lukoki was a product of Ajax’s youth academy and played 35 games for the first team before being loaned out to Cambuur Leeuwarden for the 2013-14 season.

It was the start of a nomadic career that took him to PEC Zwolle, Bulgarian side Ludogorets and Turkish club Yeni Malatyaspor.

He returned to the Netherlands in 2021 with FC Twente, but suffered a serious knee injury in training a week after signing his contract in July and never played for the club.

He was released from his contract in February after he was convicted of assaulting his partner, for which he received an 80-hour community sentence.

Lukoki won three caps for DR Congo and played 20 matches for the Netherlands at youth level.