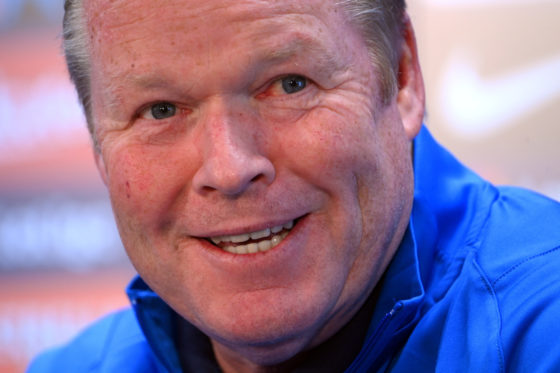 Ronald Koeman during his spell as Barcelona coach in 2021. Photo: AFP/ Lluis Gene

Ronald Koeman has been confirmed as the next coach of the Netherlands men’s football team after signing a three and a half-year deal with the football association KNVB.

The 59-year-old was widely expected to take over from Louis van Gaal after the World Cup in December, after the KNVB confirmed two weeks ago it had contacted him about the vacancy.

Van Gaal, 70, revealed last week that he was receiving treatment for prostate cancer after being diagnosed with the disease in 2020.

Koeman was national team coach from 2018 to 2020, when he oversaw the first qualification for a summer tournament in six years, but then left to take the reins at Barcelona. Under his successor, Frank de Boer, the Dutch were knocked out in the second round of Euro 2020 by the Czech Republic.

Koeman said recently that he saw the chance to coach the team at a finals tournament as a ‘missed opportunity’. ‘Who knows if it will come round again,’ he said.

If he sees out his contract this time he will hope to lead out the team at the Euro 2024 finals in Germany and the 2026 World Cup in Mexico, the USA and Canada.