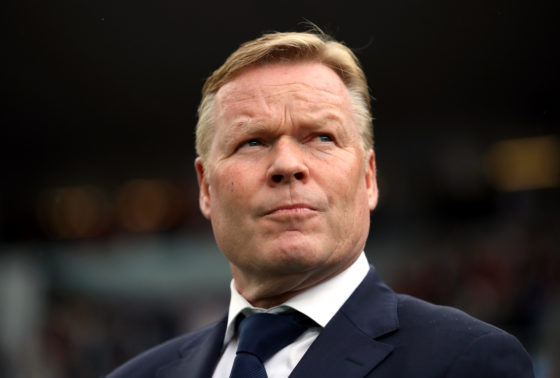 Ronald Koeman could be set to return as Netherlands national coach after the World Cup, two years after he quit to take the reins at Barcelona.

The KNVB said on Sunday it was in talks with Koeman to replace Louis van Gaal when the veteran coach steps down in December.

Koeman, 59, has been out of work since he was dismissed as Barcelona manager in October. As national team manager between 2018 and 2020 he took the Dutch to the Nations League final and secured qualification for Euro 2020, the team’s first finals tournament in six years.

Dutch media said Koeman was already putting together a coaching team ready to take over after the World Cup in Qatar in December.

Koeman said he felt he had unfinished business after the Euro 2020 finals were postponed by a year because of coronavirus, denying him the chance to coach the team at the tournament.

‘You become head coach because you want to play a finals tournament,’ he said. ‘That was a missed opportunity. Who knows if it will come round again.’

Captain Virgil van Dijk, who was given the armband for the first time by Koeman following the retirement of Arjen Robben and Wesley Sneijder, was enthusiastic about the prospect of working with Koeman again,

‘I had a fantastic time under Ronald with the Dutch team,’ he said. ‘If they’re already making plans for after the World Cup, he’s a very good candidate and he’ll be at the top of the list.’