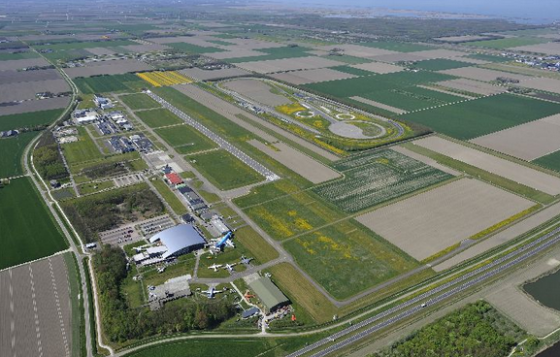 Plans to open a passenger airport at Lelystad have received a further setback after it was found to have underestimated aircraft pollution levels.

The airport’s operator based its figures for nitrogen oxide emissions on an unrealistically high air temperature, which reduces the level of emissions and increases the area over which the pollution is distributed.

EenVandaag said government sources had confirmed that the discrepancy came to light when the figures were reviewed by other government bodies, including the public health agency RIVM.

The discovery means the airport does not meet the standards required for an environmental protection permit.

Lelystad airport was due to open in 2018 to relieve pressure on Schiphol by taking on short-haul holiday flights, allowing the larger hub airport to concentrate on intercontinental traffic.

However, the project has been beset by difficulties with securing approval at both national and European level. Local residents have also protested against increased noise pollution and traffic in the area.

In 2019 it emerged that the noise calculations for local residents were wrong and that people will suffer far more aircraft nuisance than expected.

The cost of expanding the airport, which was originally used for flying schools and private aircraft, has already reached €200 mn. A year ago the government postponed a decision on whether to go ahead with the project until after the general election in March.