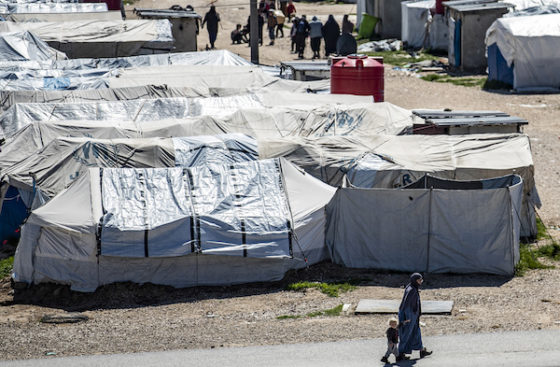 The Netherlands is in the process of bringing five women and their 11 children back from the Al Roj refugee camp in northern Syria, sources close to the operation have told broadcaster NOS.

NOS said the women and children were taken from the camp on Thursday morning and their whereabouts are currently unknown.

The five are being brought back to the Netherlands to face trial on terrorism charges, NOS said. All had demanded the right to appear in court personally, and if they were not back in the Netherlands by April, there was a risk their cases will never be heard.

The Netherlands has been struggling with deciding what to do about its jihadi brides and children and the government has said it will not actively try to bring Dutch nationals back because it is too dangerous for civil servants to make the trip.

Nevertheless, last June, the Netherlands brought back Ilham B from Gouda along with three children, one of whom was a 12-year-old said to have been kidnapped and taken to Syria by her mother. Ilham B too had demanded the right to appear in court personally – a claim upheld by judges earlier in the year.

In July, ministers said the Netherlands will not make a habit of bringing back its nationals who joined IS and are now in Syrian camps, but could not rule out more women being repatriated.

According to the Dutch security service AIVD, some 120 Dutch adults are in Syria, Turkey and Iraq as well as 200 children with either a Dutch parent or very close ties to the Netherlands.