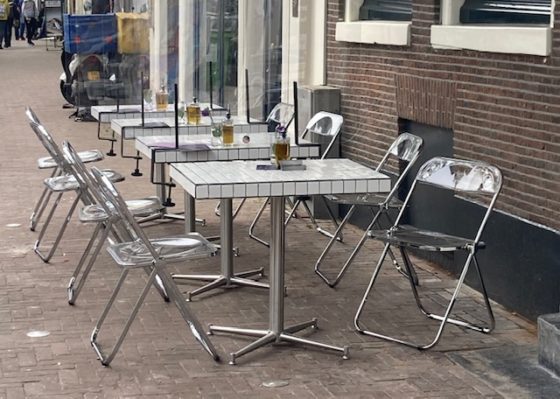 Cafes, restaurants, museums and theatres should be allowed to open their doors again up to 8pm, government health advisors are reported as saying.

The NRC said on Saturday that the Outbreak Management Team made the recommendation in its latest advisory note to the government, and that strict conditions are attached.

No details have yet been leaked about what those conditions are but they could include seating requirements, limits on numbers and coronavirus passes.

Ministers are due to discuss the recommendation on Monday and on Tuesday a new press conference with prime minister Mark Rutte and health minister Ernst Kuipers is likely.

The NRC said the cabinet does intend to follow the OMT’s advice but that minister are also considering allowing theatres and sports events to close their doors at 10pm.

Both the hospitality industry and the cultural sector staged protests about being closed last week, and a number of local mayors have called on the government to ‘fundamentally rethink’ its coronavirus strategy.

Junior culture minister Gunay Uslu said before the Friday cabinet meeting that cultural institutions should open as quickly as possible. ‘They have been closed for too long and that has to change,’ she said.

In parliament on Thursday, prime minister Mark Rutte said the government ‘is hoping for a relaxation in the rules but can’t give any guarantees’ until it has data on the effects of opening shops, contact professions and gyms on Saturday 15 January.

The number of people being treated in hospital for coronavirus continues to decline, figures published on Saturday show. There are now 1,083 coronavirus patients in hospital, of whom 287 are in an IC ward.