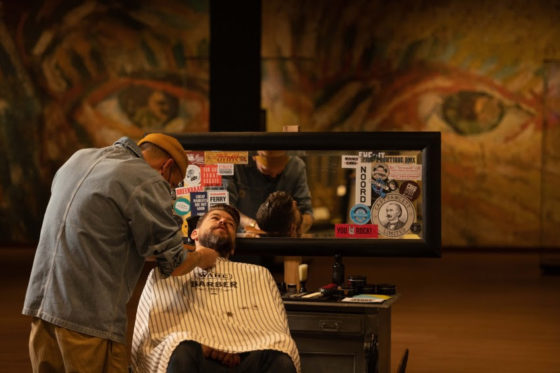 Pressure is increasing on the Dutch government to open cultural institutions and bars and restaurants, following a national ‘hairdresser theatre’ protest on Wednesday.

Junior culture minister Gunay Uslu said before the Friday cabinet meeting that cultural institutions should open as quickly as possible. ‘They have been closed for too long and that has to change,’ she said.

In parliament on Thursday, prime minister Mark Rutte said the government ‘is hoping for a relaxation in the rules but can’t give any guarantees’ until it has data on the effects of opening shops, contact professions and gyms on Saturday 15 January.

Influential voice Herbert Bruls, head of the regional safety board and mayor of Nijmegen, also lent his support to reopening the hospitality and cultural sector in radio programme Sven Op 1 on Friday morning.

Their voices join a letter to the government from Amsterdam mayor Femke Halsema and Breda mayor Paul Depla, signed by 29 other local mayors and published by the Volksrant on the day of the mass cultural protest. They called for a long-term approach that would win broad social support.

They pointed out that local mayors as enforcers of the law are being put in an impossible position by an ‘unbearable situation after two years of fighting the corona crisis’, while the current mode of crisis management is ‘reaching its limits’.

The mayor said rules such as stopping at a red light are based on broad social and political consensus – but a broad swathe of society is unconvinced by the current measures, and looking despairingly for ‘loopholes in the law’.

‘Things are getting worse as even some people with legal powers are themselves breaking emergency legislation and calling on others to oppose it,’ the letter said ‘It is in fact impossible but also undesirable for the state to use repression to forcibly convince Dutch citizens that the measures are correct.’

Before a press conference on Friday 14, pressure grew from the commercial sector and the government responded by opening shops without advance bookings.

Earlier this week the theatre sector said that it was time for its voice to be heard too, in a demonstration involving some 70 institutions across the country becoming temporary hairdressers, beauty salons and gyms.

Government research suggests that even the partial lockdown in November had a dramatic impact on psychological health, particularly in young people, with an increase in loneliness in all of the population and plummeting trust in politics.