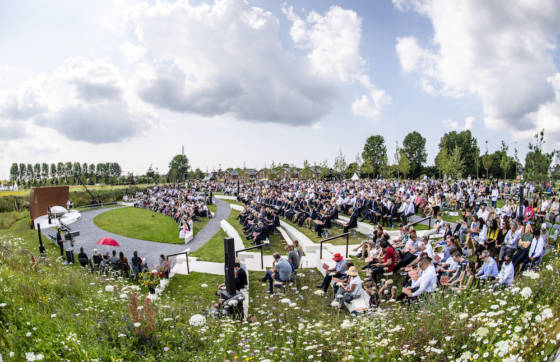 Prosecutors in the trial of four men charged with downing Flight MH17 began their closing presentations on Monday.

Before a high-security courtroom at Schiphol airport, the public prosecution service outlined its case against the four men charged with 298 counts of murder. They are accused of supplying the Buk missile that shot down the Boeing 777 as it flew over eastern Ukraine in 2014.

‘There is nothing else we can do. Buk is our only hope,’ said Girkin, according to a translation provided by the prosecution. He was a former Russian security officer who became defence minister in the breakaway government of the Donetsk People’s Republic.

The case relies heavily on intercepted telephone calls between the four men. As they were all persons of interest for the Ukrainian authorities even before the disaster, the phones the men used were tapped. The prosecution spent much of the morning connecting the men to the relevant phone numbers.

Other evidence included videos of the transportation of the Buk to the launch site and witness statements describing the convoy as it moved from the Russian border to a field in eastern Ukraine.

The prosecution argued that the men cannot claim combatant privilege, a legal concept that grants immunity to members of the armed services. ‘A war is not a license to use violence against everyone,’ prosecutor Thijs Berger told the court.

The men would need to be part of an official military command and the Russian Federation, which is widely believed to have backed the rebels, has denied they were serving in its army.

The trial is being held in the Netherlands because nearly two-thirds of the victims were Dutch, many of whom were flying to Kuala Lampur on holiday or business. Under Dutch law, the justice system has the authority to prosecute crimes against Dutch citizens even if the crime happens abroad. To ensure the non-Dutch nationals who were killed could also be included, Ukraine officials ceded prosecution to the Netherlands.

The prosecution will continue its presentation on Tuesday.