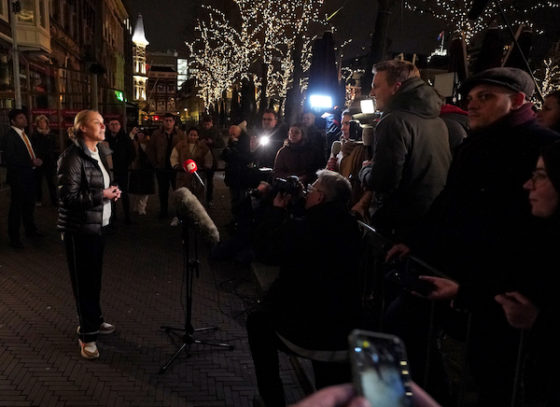 The four parties planning to extend their current alliance and form a new government in the Netherlands have finalised their agreement, party leaders said on Monday evening.

The right wing Liberal VVD, Liberal democratic party D66, the Christian Democrats and orthodox Christian party ChristenUnie have drawn up a 40 to 50 page document outlining their plans for the coming few years, which will be presented to parliament on Wednesday.

‘It is a fine, balanced agreement,’ D66 leader Sigrid Kaag told reporters after the negotiations ended. ‘It is a good deal,’ said prime minister and VVD leader Mark Rutte.

The deal comes 271 days since the general election and 11 months since the cabinet resigned over the childcare benefit scandal in January.

‘I am glad we are done,’ said ChristenUnie leader Gert Jan Segers. ‘It has taken a long time, it was a bit like a forceps birth.’

The agreement will be discussed by members of the four parties on Tuesday and presented to MPs on Wednesday. On Thursday or Friday, MPs will debate the deal and Rutte will then start putting together the new cabinet during the winter recess.

NOS commentator Ron Fresen said the new cabinet will have to focus on recovery – both on dealing with issues which have been ignored or set aside by previous Rutte administrations, and recovering public trust.

The coalition is also politically vulnerable because it does not have a majority in the upper house of parliament, and will need opposition support to get more controversial issues through.

Some measures have already been leaked. They include a switch to largely free childcare, billion euro investments in housing and combating climate change, the introduction of road pricing, changes to the student loan system and research into expanding the use of nuclear power.