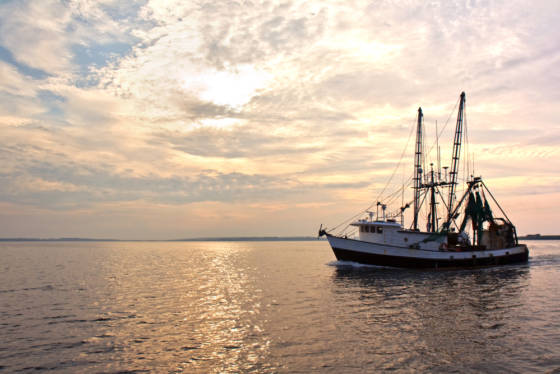 Drugs smugglers have been approaching fishing boat owners with financial problems in increasing numbers, according to a new report commissioned by the police and public prosecutors.

Fishing boats are being asked to pick up drugs, mainly cocaine, which has been thrown off a container ship at a given location. The trawlers collect the drugs and either bring them to land, or deliver them to a third boat.

The researchers spoke to 40 trawler owners based in IJmuiden, Urk and Den Oever about their experiences, but did not say how many of them had been approached.

‘The first time you can say no, and that does happen,’ Mehlbaum said. ‘But once you are in, you are stuck. If you refuse the next time, you can be blackmailed or threatened with violence.’

Police, local authorities and the industry have now drawn up an educational programme to make trawler owners aware of the dangers. In addition, it must be made easier for boat owners to report seeing floating packages, which is currently complicated and risky because it cannot be done anonymously, experts say.

In 2018, the five-strong crew of a fishing boat from the staunchly religious village of Urk were jailed for up to six years for their role in a cocaine smuggling operation.

And in 2019, the government’s regional crime information unit RIEC said Urk is a hotbed of crime, with islanders involved in cocaine smuggling, money laundering and in exploiting workers in the local fish processing industry.