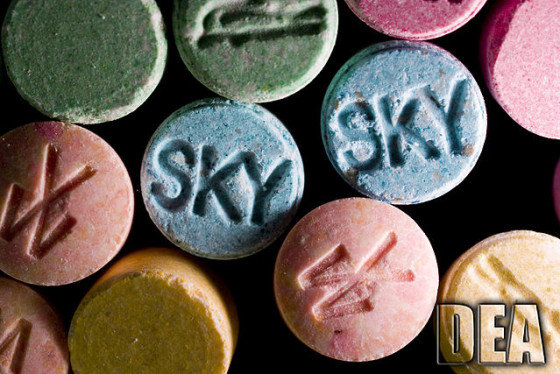 The Christian Democrats are calling for an end to the current practice of turning a blind eye to the recreational use of drugs such as ecstasy and cocaine.

The CDA, one of four parties in negotiations to form the next government, has described the Dutch strategy of ignoring the possession of minor quantities of class A drugs as ‘unique’. It is, said MP Anne Kuik, the reason ‘why the Netherlands has much more trouble with organised drugs crime than other European countries’.

Kuik told television programme Goedemorgen Nederland that the normalisation of drugs use must be tackled. ‘Use goes together with production and crime,’ she said.

The Netherlands, Kuik said, needs to introduce ‘tough anti-mafia legislation as in Italy’, with far-reaching police powers and heavier sentences. Cannabis cafes, or coffee shops, should also be removed from the high street and placed in industrial parks, she said.

The CDA has always been critical of the Dutch approach to drugs. However, the party’s position is strengthened by several recent reports linking the Dutch acceptance of drugs use to the rise in violent gangland crime.

In September, a report drawn up on behalf of the justice ministry showed that drugs-related crime costs Dutch society between €3.2bn and €4.1bn a year. The report looked at the cost to legal system, but also at the medical, social and economic costs of drugs crime.

In total, combating illegal drugs costs the police some €1.1bn to €1.6bn a year while court cases and prisons add almost a billion more to the total bill. Research suggests that 20% of all people spending time in prison have a link to the drugs trade.

European police agency Europol has also said the increased use of shipping containers to conceal drugs has made the high volume ports of Antwerp, Rotterdam and Hamburg the new epicentre of the European cocaine market.

At the same time, the booming cocaine market has led to an increase in murder, shootings, bombings, arson, kidnappings, torture and intimidation related to the trade in cocaine, Europol said.