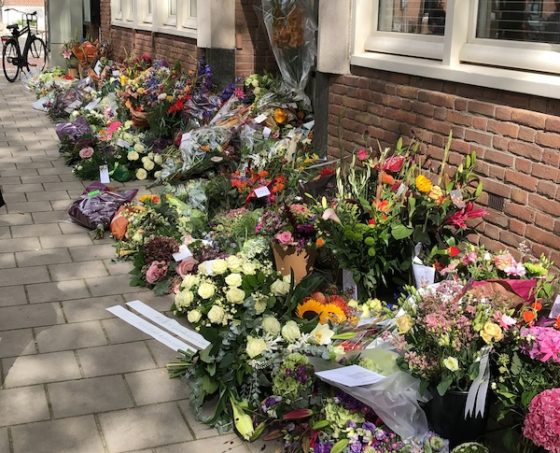 Two men have been jailed for 30 years for the murder of lawyer Derk Wiersum outside his home in the Amsterdam suburb of Buitenveldert in September 2019.

Giërmo B (37) and Moreno B (32), who both claimed to have an alibi for the shooting, were convicted on the grounds of DNA and telephone evidence, and the fact they both had large amounts of money shortly after the murder.

The public prosecution department said it had been unable to prove which man did what, but that Moreno B was likely to be the shooter while Giërmo drove the getaway car. Both were therefore both culpable for the killing, the prosecutor said.

The court in Amsterdam agreed. ‘This was a gangland killing, a paid-for hit,’ the court said. ‘These childhood friends… were brought in to kill the victim, and they were paid to do so.’

Wiersum was acting for Nabil B, a key witness in a major drugs and murder trial revolving around gang leader Ridouan Taghi, when he was killed.  Taghi, 43, is one of 17 people currently standing trial in Amsterdam accused of ordering six murders and another seven attempted killings between 2015 and 2017.

The court said that while many had suggested the elimination of the key witness’s lawyer, to intimidate him, may have been the sole purpose of Wiersum’s murder, the investigation had  ‘focused exclusively’ on the perpetrators and ‘not on the person(s) by whom they were directed’.

Some Dutch media sources have also linked Taghi to the murder of television crime reporter Pieter R de Vries, who also worked with Nabil B, although his lawyer has denied any connection.

The killing of Wiersum was described at the time as a ‘new, dark phase’ in the increasingly deadly underworld drug wars and prompted justice minister Ferd Grapperhaus to pledge tough new measures against drug criminals.