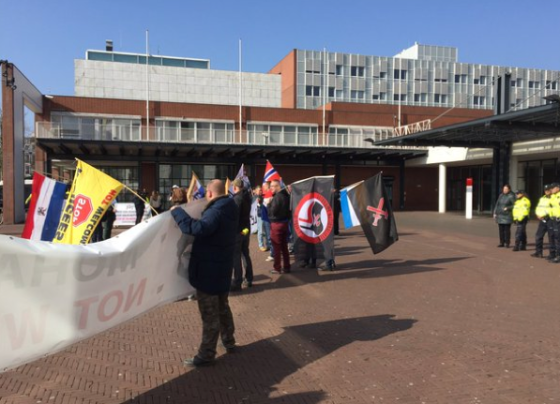 While jihad-based radicalisation presents a bigger threat, the international right wing extremist ‘accelerationist’ trend is also catching on in the Netherlands, the NCTV says in a new report.

‘We are mainly concerned about the glorification of violence and the young age of those involved. It concerns a few hundred people,’ agency chief Pieter-Jaap Aalbersberg told broadcaster NOS.

The group does not have a social structure and social media play a major role, Aalbersberg said. ‘The radicalisation takes place in bedrooms, behind a closed door, behind a screen.’

Accelerationism is based on the idea that Western governments are corrupt and that the best thing white supremacists can do is speed up their demise by sowing chaos and sparking race wars.

Accelerationist ideas have been quoted by mass shooters, including the New Zealand mosque killer, and are often talked about on far right web forums. The youngsters who become involved in accelerationist theories tend to have psychiatric problems and a small social network, the NCTV said.

The agency is also looking into the rise of left-wing extremist activity, in particular possible links to German far left groups who have been involved in arson and attacks on infrastructure.

‘Such links could contribute to a hardening of the primarily activist extreme left in the Netherlands,’ the NCTV said.