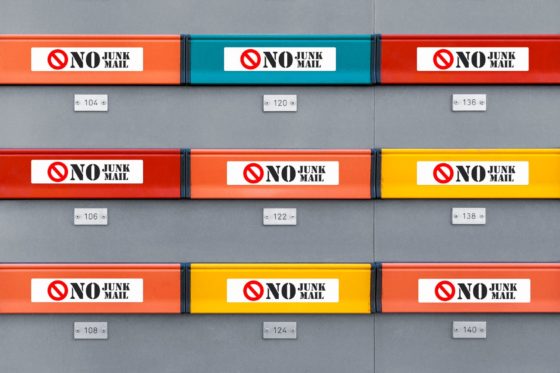 Amsterdam council was legally allowed to introduce an opt-in system for junk mail and free newspapers delivered door to door, according to a court verdict.

From the start of January 2018, Amsterdam municipal council banned unaddressed junk mail unless households had put a ‘Ja/Ja’ sticker on their letterbox, meaning that they wanted both unsolicited mail and newspapers.

But mailshot organisations MailDB and KVGO took the case to the highest Dutch civil court, the Hoge Raad, claiming that their right to distribute such advertising was protected under European laws.

On Friday, however, the Hoge Raad found that Amsterdam’s new system, intended to reduce paper waste when people simply threw out unwanted junk mail, was within its rights.

A lower court had earlier found that the ruling did not infringe laws on fair commercial practices, the postal act, entrepreneurs’ property rights or any other legal or administrative principles. Now the highest civil court in the land has agreed that an opt-in system is legally permissible and within the rights of a council, under environmental laws.

Deputy Amsterdam mayor for the environment Marieke van Doorninck said in a press release: ‘I’m pleased with this verdict because the yes/yes sticker means far less litter. In recent years we have seen that other municipalities have not waited for this judgement but have drawn up similar rules for printed advertising.’

City studies suggest that 19% of letterboxes in the city now have a yes/yes sticker and receive the advertising, whereas before the new ruling, almost half received junk mail – saving, Amsterdam claims, 33kg of waste per household per year.

The KVGO body said in a news release that it would be making a complaint to the European Commission for alleged infringement of European law, and claimed that the verdict did not set a precedent for other Dutch municipalities, which are reportedly already making similar plans for junk mail.