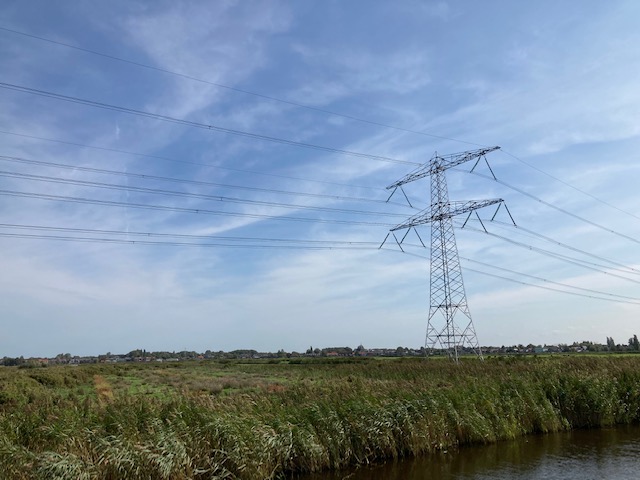 ‘In recent years we have looked too much at sustainable energy and too little at the infrastructure,’ Schut told the Nieuwsuur current affairs programme on Thursday. He says there is both too much demand on existing infastuctre and, at times, too much electricity available, due to a prevalence of wind farms and solar panels.

The Netherlands uses 108 billion kilowatt-hours of electricity per year and has traditionally had one of the highest-rated electric grids in the world, as well as lower prices than neighbouring Belgium and Germany. But as the country’s population has grown, the demand for energy has steadily increased.

In 2020, one-quarter of that electricity came from green sources, such as solar power and biomass. The rest is generated from coal, natural gas and nuclear.

For some years, there has been a push for greener energy to help combat climate change. Last year, the Dutch government accelerated the closure of the last coal power plant in the country and all are slated to be shut by 2030.

However, the production of electricity from green sources, wind farms and solar panels, sometimes pushes a glut of electricity onto the grid. Government subsidies exist, for example, to place solar panels on private roofs and the Dutch system buys back electricity at a rate equal to the sales price.

What the government hasn’t done, says Schut, is to incentivise electrical storage capacity. ‘You should also subsidise storage, like a battery in a solar park. Congestion is in specific places. You can also solve it locally with batteries,’ he told Nieuwsuur.

There is also reportedly a labour shortage. In the coming years, the sector will need 3,500 new technicians to work on the electric grid and there aren’t enough people qualified to do this work, according to Schut.

Grid manager Liander announced in July that in two areas of Amsterdam – the Buiksloterham and Overhoeks areas in Amsterdam-Noord and the Westelijke Havengebied – have reached the maximum capacity on the grid.

Yesterday the company announced that new problems have arisen in Gelderland, Flevoland, North Holland and Friesland.

‘In Gelderland and the Flevopolder, the high-voltage grid is reaching the limit for the return of electricity. The high voltage stations and connections in this area are reaching their maximum limit of what can be transported,’ grid operator TenneT said in a statement.