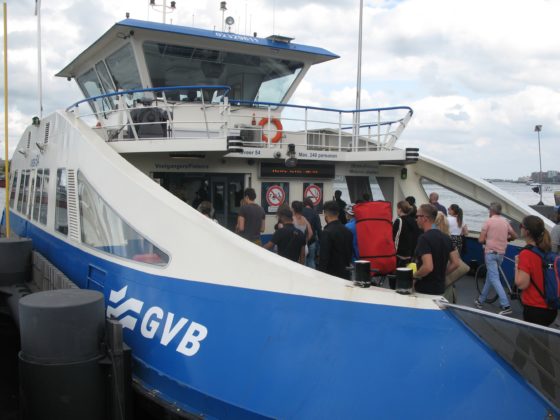 Controversial plans to bridge the IJ between north and central Amsterdam have gone to public consultation.

With predictions that the shipping channel will get ever busier, and more people will live in north Amsterdam and need to cross the IJ, the city has presented its plans to build two bridges and a pedestrian tunnel running north from Centraal station. The bridges, on the west and east of the city, would be intended for bicycles, pedestrians and possibly also public transport.

The recent debate about what to do about better connecting the city has been going since 2015, and has been delayed by differences in opinion between the Dutch government, Amsterdam port authority and the local council.

‘Crowding on and around the IJ is only going to increase in the years ahead and the need to connect the whole of Amsterdam is not going to go away,’ said city deputy mayor for public space, Marieke van Doorninck in a press release. ‘For more than a century, permanent connections across the UK have been considered, but this is the first proposal for two bridges and a tunnel agreed upon by the government, municipality and other parties.’

Local residents and others who use Amsterdam are now being asked to give their opinion on the plans in a consultation phase from September 20 to October 31.

Although a much-delayed North-South metro line opened in 2018, it appears that this, and extra ferries, cannot solve the problem.