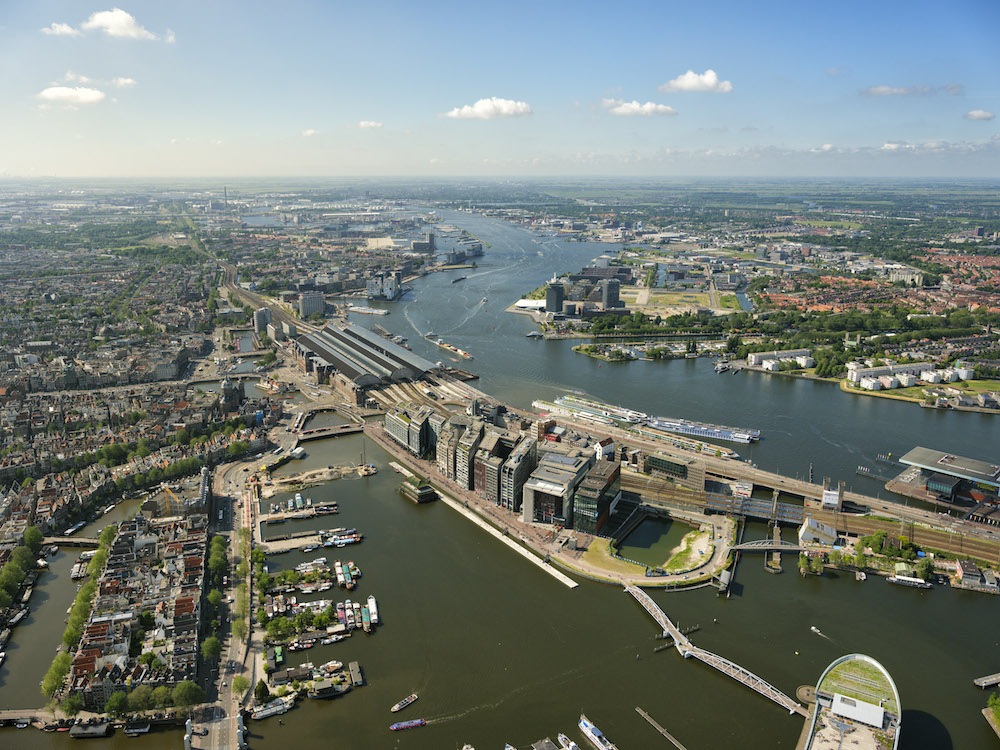 Amsterdam wants to build two bridges over the IJ to link the district of Noord to the rest of the city. But business interests and central government say a tunnel would be better for everyone, including cyclists.

Amsterdam is separated from its northern flank by the river IJ and for those without a car, the only way to reach Amsterdam-Noord from the rest of the city is by passenger and bicycle ferry – unless you take a bus.

Access is a big problem and the ferries are jam-packed as larger numbers of people head to the newly trendy north or into the city.

The new metro line will run between the north of the city and Amsterdam Zuid from 2018 and that should ease some of the burden for pedestrians. But what about cyclists?

A bridge or a tunnel would seem the obvious solution. After all, they have been discussed for more than a century. Now, finally, it looks like one or more of these will actually be built.

The first proposed bridge is centred on Java island, east of the city’s main railway station and will stretch over to Noord’s easterly flank. It was first mooted in January and last week approved by the city council. Work may begin in 2020, after the five-yearly Sail event.

But before the ink was dry on that proposal, officials were backing a second bridge, to the west of the station, at an area of wasteland – much used as a park – known as the Stenen Hoofd.

‘We have a lot of catching up to do. Close your eyes and think of London, San Francisco, Rotterdam. Then you envisage bridges, That’s what we want here too,’ city alderman Eric van der Burg told the Parool newspaper in June.

The Stenen Hoofd bridge poses a lot of problems. For a start it have to fit in with the criteria of Unesco which has declared the city-centre canal region a World Heritage Site. ‘No part of the bridge can be visible to people in the heritage area,’ officials say.

But the chief drawback to both bridge proposals is that they will have to be at least 11 metres above water level to permit unhindered passage of shipping in the busy IJ waterway. And that means a lot of work for cyclists who are more used to the flat.

‘This will be welcome news to fans of the Ventoux mountain race,’ caretaker infrastructure minister Melanie Schultz was quoted as saying somewhat dryly in the Telegraaf.

Both bridge proposals are inconvenient for pedestrians, being too far away from the main attractions.

Schultz would much prefer that the Java island fixed-link be a tunnel and is supported in this by the Noord-Holland provincial authority. If the city opts for a bridge, it must be high enough to cope with pleasure craft and commercial shipping heading to Germany and beyond, she says.

Amsterdam port authority also favours the tunnel option in part because the bridge would necessitate the relocation of its cruise ship terminal PTA.  ‘The port authority recognises the need for a fixed link with Amsterdam-Noord,’ it said in a statement. But it stands firmly behind a tunnel option.

‘There are nautical problems related to a bridge. A bridge limits the space for shipping to manoeuvre, increases the risk of collisions and is less visible in poor weather or fog. A bridge distorts radar images, the port authority says.

The port authority is also opposed to plans to move PTA to the outskirts of the city so that passengers will have to be shuttled to the centre to visit tourist attractions. High-paying cruise ship passengers prefer to be closer to the action in every port they visit.

Kasja Ollongren, the ambitious deputy mayor of Amsterdam, has decided the cruise terminal has to move because ‘Amsterdam has too many tourists.’ Her critics say she should start cutting the number of tourists at the other end of the scale, those who arrive on Easyjet and use AirBnB, rather than the wealthy people arriving on cruise ships

A bridge too far?

The most bizarre spin on the story came at the end of June, when the Parool newspaper got hold of a city council memo which said a bridge, even if built, would likely have to be closed to bike traffic two to three times an hour to allow passage of shipping. Inland shipping aside, even the tiniest of yachts often have masts in excess of 11 metres high.

Which brings us back to the ferries. One Parool reader suggested replacing the present boats with ferries designed for Shanghai. These are not only larger than the Amsterdam ferries but they are easier and faster during boarding and disembarkation.