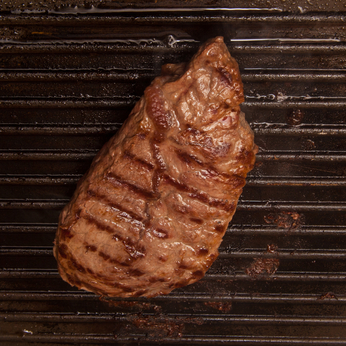 The organisation based its allegation on documents requested under the Dutch freedom of information act.

The 2019 campaign ‘Iedereen doet wat’ (everybody does something) contained advice on what people themselves could do to combat climate change, such as insulate their homes, installing a heat pump and not using the car for short trips.

It also advised on food and food waste but meat consumption, an important source of climate change, was conspicuous through its absence, Wakker Dier said.

‘We thought that was very strange particularly when the documents showed that it was initially part of the campaign. There was even a recommendation to restrict meat consumption to twice a week’, Wakker Dier spokeswoman Anne Hilhorst told the Volkskrant.

But by April 2019, meat consumption was no longer part of the campaign. ‘We do not want to communicate ‘less meat’ explicitly,’ the economic affairs ministry wrote in an internal memo because it is ‘a politically very sensitive issue’.

‘We think a government that is afraid to speak out about the harmful effects eating too much meat is worrying. That implies there was lobbying from somewhere,’ Hilhorst told the paper.

Frank Wassenberg, an MP for animal rights party PvdD, said the fact is that eating less meat will limit CO2. ‘If facts become politics, that is alarming,’ he said.

Government-financed Voedingcentrum which advises on healthy eating said it still puts eating less meat at the top of the list of recommendations. ‘We brought that into the campaign. By eating 100 grams of meat less, the impact on the environment drops by seven to 10%. But it wasn’t taken up,’ a spokesman said.

In a reaction the ministry said the aim of the campaign was to nudge people into more awareness through ‘small steps’. To ask people to eat less meat ‘would have been controversial’, a spokesman said. It also pointed out that it recommended eating more vegetables and nuts because they do not emit CO2 as much as meat. ‘We put that in to avoid saying ‘eat less meat’.’

According to Voedingcentrum figures, the Dutch eat more meat than is good for them. Men eat 900 grams a week while women consume 600 grams. Some 500 grams a week is considered sufficient.