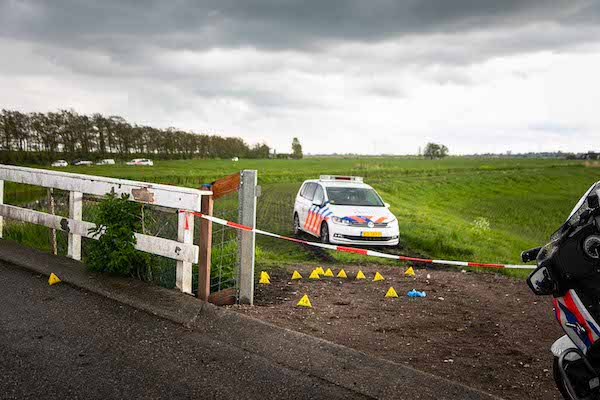 Six suspects arrested in a ‘Wild West’ shootout, following the robbery of precious metals from an armoured truck in Amsterdam-North, appeared in court on Wednesday.

The suspects – all Belgian or French nationals – told the court that while they were involved in the robbery, they did not shoot at police. But according to the public prosecutor, during the violent ordeal in May, the gang of at least nine men shot or threatened to shoot the police 13 times.

Video surveillance showed one man, dressed in black and wearing a balaclava, pacing in front of a building and firing warning shots from an automatic rifle to keep passersby away, while his companions stole some €14.5 million euros worth of precious metals from an armed truck. The Brink’s truck was delivering gold and platinum to smelter Schöne Edelmetaal, located on the Meeuwenlaan, between two busy supermarkets.

The operation only took several minutes and the men fled the scene in several vehicles. However, the police, who had received several dozen 112 calls, arrived and pursued the men, who headed out of Amsterdam on a provincial road.

During the chase, the men fired at the police multiple times. Ultimately, the car chase ended in a meadow near Broek in Waterland, but several suspects fled on foot and continued shooting at the police. One man, a 43-year-old Frenchman, was killed and five others were arrested. Later that day, another man was arrested near Rotterdam, however two men are thought to have escaped.

Initially, it was thought that all of the valuables had been recovered. But yesterday, NU.nl reported that part of the loot was still missing. According to an investigation by the smelter Schöne Edelmetaal and Brink’s, claimed NU.nl, about €2.8 million worth of gold and platinum has not been found,

Experts have told DutchNews.nl that some 80 kilos of platinum and 1.5 kilos of gold which have apparently gone missing would fit into a small suitcase.

The trial will continue in November. The two men who escaped are still at large.