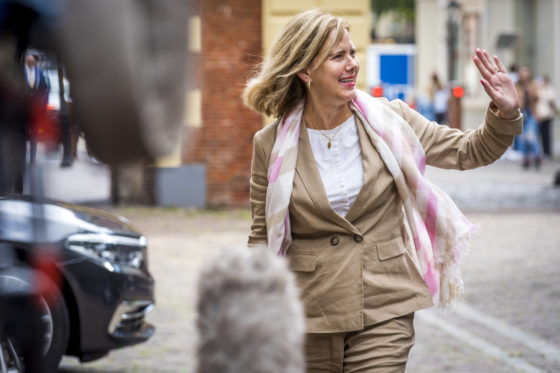 The VVD minister is stepping down with immediate effect, although her new job does not begin until October 1. Party colleague and junior defence minister Barbara Visser is moving across to replace her. Visser’s responsibilities will be absorbed into the portfolio of defence minister Ank Bijleveld.

Van Nieuwenhuizen has been a member of Mark Rutte’s third cabinet since it took office in October 2017. She also briefly took on the role of economic affairs minister in January after Eric Wiebes resigned in the wake of the childcare benefits scandal.

It is the sixth cabinet post to change hands since the general election on March 17. Bas van ‘t Wout took over as economic affairs minister from January 20 until May 25, when he went on sick leave with burnout and was replaced by VVD colleague Stef Blok.

Blok stepped down as foreign affairs minister to take on the role and was replaced by Sigrid Kaag, previously minister for international trade. Her successor in that job, former The Hague alderman and diplomat Tom de Bruin, was appointed on August 10.

On the same day Steven Weyenberg of D66 became junior minister for infrastructure after Stientje van Veldhoven quit to become vice-chair of the World Resources Institute, a research organisation focusing on sustainable energy use.

VVD MP Dennis Wiersma took up Van Wout’s previous post of junior social affairs minister on August 10 to support Wouter Koolmees, who had been without a deputy since January 20.

Another VVD MP, Dilan Yeșilgöz, was hired as an extra junior minister in the economic affairs department on May 25 to cover climate and energy policy.