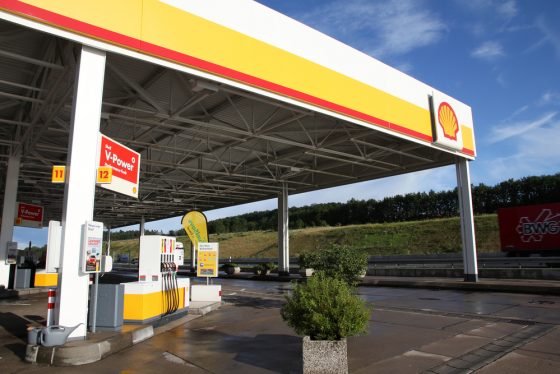 Shell has said it will appeal against Wednesday’s landmark court ruling, in which judges ordered the Anglo-Dutch oil and gas giant to cut carbon dioxide emissions more quickly than it had planned.

If the ruling remains intact, Shell will have to have cut its carbon dioxide emissions by 45% net by the end of 2030, when compared with 2019. Net in this context means the company will also be able to plant trees to offset emissions and invest in underground storage.

The court said the company’s carbon emissions pose a ‘very serious threat’ to Dutch residents, and that the company has an ‘individual responsibility’ to reduce them. However, the court said, it will be up to Shell how to implement the ruling.

Shell board member Harry Brekelmans said in a reaction that the company had accelerated its efforts to become a net-zero emissions energy company by 2050.

‘We are investing billions of dollars in low-carbon energy, including electric vehicle charging, hydrogen, renewables and biofuels,’ he said. ‘We want to grow demand for these products and scale up our new energy businesses even more quickly. We will continue to focus on these efforts and fully expect to appeal today’s disappointing court decision.’

Energy analysts say the biggest challenge facing Shell is that of reducing the carbon emissions of its clients – who are responsible for most of the emissions attributed to the company.

Legal experts told CNN, the impact of the decision will be amplified because the court relied on global human rights standards and international instruments on climate change in arriving at its decision.

‘I can imagine this will inspire a series of other cases against companies, especially those active in the oil extraction industries like Shell,’ said Eric De Brabandere, a professor of international dispute settlement at Leiden University in the Netherlands.

Donald Pols, director of environmental group Milieudefensie, which spearheaded the court case, told Nieuwsuur he does not expect an increase in petrol prices in the wake of the ruling. ‘The €20bn that Shell currently invests in fossil fuels must now be spent on climate solutions,’ he said. ‘And that means they will be cheaper and more accessible.’

For example, Shell has equipped petrol stations with 200 charging stations for electric cars, and that was set to go up to 250 by the end of the year. ‘But the figure should now be doubled,’ Pols said.

Ed Nijpels, who masterminded the Dutch government’s climate change agreement, told the NRC the ruling is revolutionary. ‘The court is keeping a company to agreements made by government, not the company itself,’ Nijpels said. ‘This will lead to a lot of thought internationally.’

The ruling is the second significant boost for climate change activists by a Dutch court. In 2019, the Dutch Supreme Court  ordered the state to reduce greenhouse gas emissions by 25% of 1990 levels by the end of 2020 in what has become known as the Urgenda ruling.

Shell is also facing pressure to change its strategy on several fronts. Earlier this month, some 30% of Shell shareholders backed a motion by campaign group Follow This at the company’s AGM, calling on the company to draw up a more ambitious plan to help meet Paris agreement climate targets.