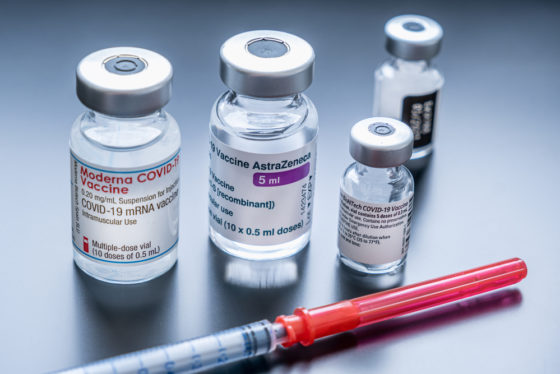 The government will announce if there is to be a change in the vaccination strategy at Tuesday’s press conference, following widespread criticism of the approach to the AstraZeneca vaccine, broadcaster NOS said on Monday evening.

Last week health minister Hugo de Jonge said the Netherlands would stop using the AstraZeneca vaccine on the under 60s because of the risk of developing rare blood clots. But this decision has been slammed by immunologists, hospital chiefs and family doctors – and contravenes the formal advice issued by the European Medicines Agency.

Ernst Kuipers, head of the patient monitoring network LNAZ, said on Monday the government’s decision was ‘incomprehensible’. Doctors too argue that the under 60s should be allowed to decide for themselves whether or not to take the risk.

The national health council said last week that the vaccine should not be given to the under 60s but appeared to back pedal on Monday, saying that the under 60s should be able to choose.

‘As far as we are concerned that can be done, but it is up to the minister to decide,’ a spokesman told NOS, clearing the way for De Jonge to announce a rethink.

Health ministry officials have said they do not consider the idea to be a good one. ‘It would not be sensible and there are alternatives,’ a spokesman said.

Germany and Italy have given the under-60s the choice.

The health council has also suggested that the government can consider increasing the length of time between the two jabs of the Pfizer, Moderna and AstraZeneca vaccine. This would allow more people to be protected more quickly and reduce hospital admissions, the health council said.

The first shipment of one-dose Janssen vaccines arrived in the Netherlands on Monday and is destined for front line health service staff.

So far the Netherlands has carried out 3.2 million vaccinations, officials said on Tuesday. De Jonge had pledged everyone over the age of 18 who wanted a jab would have had at least once dose by July, but this target now seems unlikely.

Officials have already said that there will be no relaxation of the coronavirus rules announced on Tuesday evening, but that universities and colleges will be able to resume limited face to face teaching from April 26.