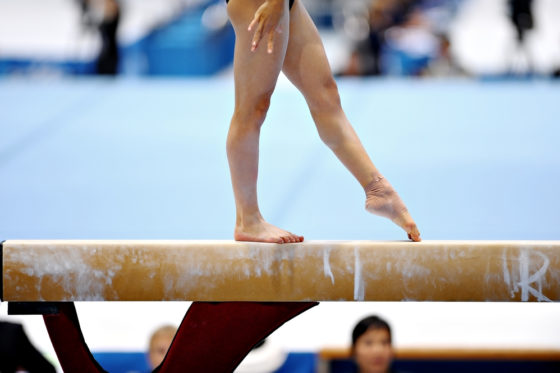 A long-awaited report commissioned by Dutch gymnastics federation KNGU into the scale and nature of abuse in gymnastics has shown that former top athletes in particular have been the victim of ‘transgressive behaviour’, meriting apologies, after care and compensation.

Two thirds of the former athletes participating in the survey, carried out by professor of sports law Marjan Olfers and criminologist Anton van Wijk following last year’s allegations of abuse, said they had been subjected to behaviour which broke moral and social boundaries.

The problems ranged from ‘constant threats of humiliation, insults, negative criticism, being made a fool of, intimidation, isolation and threats’ to forcing gymnasts to practice with injuries and inciting them to lose too much weight.

Some 85% of the former top athletes reported abuse compared with 35% of amateur gymnasts. However, the results are illustrative rather than representative, the researchers said because the number of respondents was small.

Only 21% of adult gymnasts and 17% of juniors filled out the survey, prompting the report’s conclusion that this is the tip of the iceberg. ‘We don’t know what goes on in the greater part of gymnastics in the Netherlands,’ Olfers and Van Wijk said.

The victims of the abuse, which included sexual abuse and two claims of rape, must be offered apologies, after care and damages, the researchers said.

Some of the harsh behaviour by coaches can to some extent be explained by the tough training culture taken over from East European countries, the researchers said. ‘The individual well-being of the gymnasts was not taken into account and this sort of behaviour became normalised.’

They recommend that the subject should be openly discussed between clubs, coaches, young gymnasts and their parents, putting the welfare of the gymnasts centre stage, and not their performance, the researchers said.

Other recommendations to change the culture of the gym hall include having another person present to alert coaches if they go too far, and another look at the often very young age at which gymnasts start their sports career.

Although the KNGU had investigated claims of abuse in the past, it failed to take action, the report said, in part because intimidation and violence have only been included in the disciplinary regulations in 2020 and because coaches are not under contract with the KNGU. This must change, the researchers said, and clubs too must be KNGU approved.

KNGU chairwoman Monique Kempf said in a reaction that although painful, the KNGU is happy the ‘whole story is on the table in full openness’. She said the former gymnasts will be invited to discuss their specific needs and that lessons will be drawn from the findings.