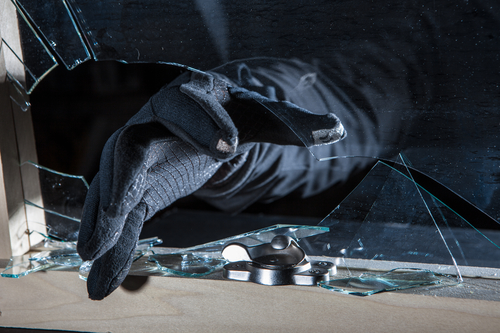 The number of reported cases of pick-pocketing, burglary and shoplifting fell sharply in the Netherlands last year, as coronavirus kept more people off the streets and at home.

Overall, the number of reported crimes fell by 2%. This is because the sharp drop in ‘traditional crime’ like pick-pocketing, which fell 47%, and burglary (down 23%), was offset by a 54% rise in cyber crime and online fraud, the CBS said.

Police also registered 148,000 people as suspects in a crime last year, of whom 15,000 were under the age of 18. The number of minors suspected of committing a crime was also down 18% on 2019, and by one third in terms of shoplifting and burglary.

The drop in burglaries was particularly notable in Amsterdam, where the total was down by 1,000 or 29%. In The Hague and Rotterdam, the number of burglaries fell by 23% and in Utrecht 10%. Nationwide, police recorded 30,000 burglaries last year.

Meanwhile, the Dutch privacy watchdog AP said on Monday it had last year received 1,173 reports of data leaks, in which hacking, malware or phishing were used to steal personal data. This is an increase of 30% compared to 2019.

The agency said it is only able to take action against a limited proportion of the leaks because of a shortage of personnel and budget.

‘Criminals use the stolen data for identity fraud and to carry out spam and phishing attacks,’ AP director Aleid Wolfsen said. ‘Such scams can lead to people losing all their savings.’

The agency estimates between 600,000 and two million people in the Netherlands were affected by a data leak with a single-step login system last year.