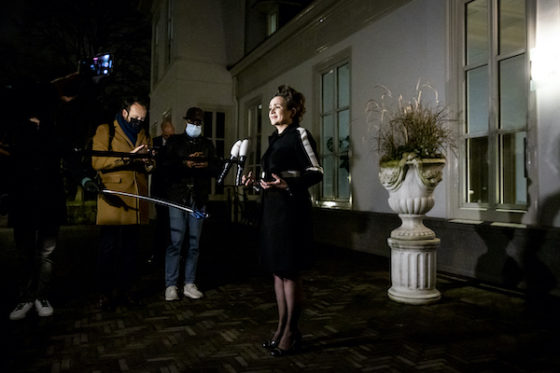 Parents wrongly accused of committing fraud when claiming childcare benefits will be given €30,000 in direct compensation over the next four months, junior finance minister Alexandra van Huffelen has announced, in the wake of the parliamentary inquiry into the scandal.

The cabinet met to discuss the compensation package on Tuesday following the publication of a damning report, which accused ministers, civil servants, MPs and even the courts of failing the parents, some of whom were financially ruined when ordered to pay back cash.

In total, some 9,000 families are eligible for compensation at the moment, but the total number of victims is far higher and still being finalised. Some 500 people who were most seriously affected will get money before the end of this year, the minister said.

If it later transpires that families were given too much compensation, they will not be asked to repay it, Van Huffelen said, while parents who lost more will get a higher amount. The cash will be paid in installments.

In addition, a special committee is being set up to look at the impact of the scandal on children, who will also get compensation if they have been affected. Officials will also work with local councils to assess how people who lost their homes and jobs due to the scandal can be helped to get their lives on track again.

Parents have welcomed the compensation package, but some have said it does not yet fully offset their losses.

‘Finally something is happening,’ parent Nazmiye Yigit-Karaduman told broadcaster NOS. ‘It is not just tears and excuses, but also the admittance that they are going to do something about the damage.’

However, lawyer Don Ceder, who represents 15 victims, said that the damage goes far beyond repaying child benefit. ‘Some people lost their homes because of the scandal, and have built up other debts,’ he said.

Thousands of parents found themselves in serious financial difficulty after the tax office began clawing back thousands of euros in benefits which they said had been wrongly paid in 2012.