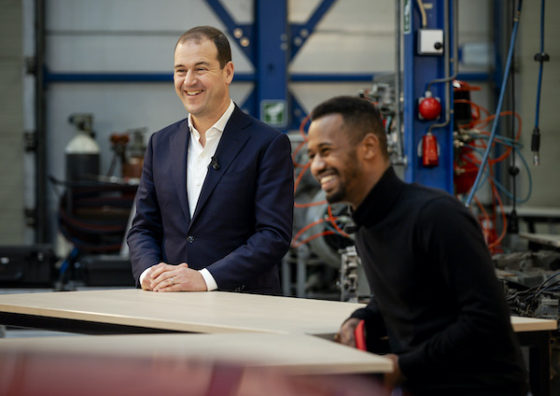 The party, led by Lodewijk Asscher, wants to see the own-risk payments in healthcare abolished and backs increasing the minimum wage from around €10 an hour to €14.

The PvdA also wants to see hundreds of thousands of new public sector jobs created, such teaching assistants and playground wardens. It would like to see companies set up profit sharing schemes with their workforces, as well as a mass programme of building new homes.

The PvdA, which won just nine seats in the last general election, is the latest party to go public with its election plans, even though the vote is still over four months away.

Last month, the CDA unveiled its manifesto with a focus on region representation, and both Liberal democratic party D66 and the SP have also published their plans. The VVD, meanwhile, has hinted that support for nuclear power will be a major part of its campaign.

Also on Saturday, Thierry Baudet’s Forum voor Democratie, which has been floundering in the polls after a dalliance with coronavirus conspiracy theorists, has included the driver of murdered politician Pim Fortuyn and Rotterdam populist Joost Eerdmans it its top 10 list of potential MPs.

Eerdmans was an MP for Lijst Pim Fortuyn before the party collapsed and has been deputy mayor of Rotterdam since 2014. He has been placed fourth on the party list, making it likely he will return to the Binnenhof after the March vote. According to the latest polls, FvD is on target to win five to eight seats.

Wybren van Haga, who was expelled from the VVD earlier this year for his property dealings and has since joined FvD, is eighth on the party list, while Hans Smolders, Fortuyn’s driver turned Brabant politician, is in 10th place.

The party has also unveiled its slogan for the 2021 campaign – stem Nederland terug – or ‘vote back the Netherlands’.

At the other end of the political spectrum Sylvana Simons, the former television presenter turned politicians, has resigned her seat on Amsterdam city council to focus on the national campaign.

Simons’ party Bij1 aims to take ‘the most left-wing, greenest and most inclusive programme’ into national politics after the May vote, she said on Saturday.

Activist Quinsy Gario, one of the founders of the Kick Out Zwarte Piet movement, is second place on the Bij1 party list.

As widely expected, prime minister Mark Rutte has confirmed he plans to lead the right-wing Liberals campaign, which is likely to give him his fourth term in office as PM.

The VVD, and Rutte in particular, have benefited from the current climate, with the party on target to win up to 45 seats, more than twice that of its nearest rival, Geert Wilders’ far-right PVV.