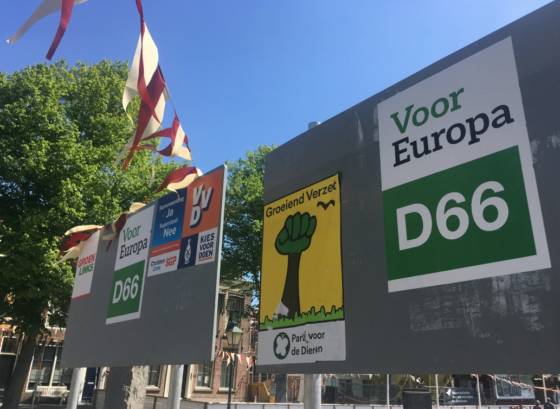 It is still seven months before the Netherlands goes to the polls to elect a new government, but D66 and the Socialists have already published their draft manifestos for the campaign.

At the same time, the VVD, which has not yet published its plans, seems to be spearheading its campaign with a call for more nuclear power stations. Draft manifestos are not written in stone and can be subject to amendments.

D66, whose manifesto is called A New Beginning’, is opting for an increase in wind energy, free child care and a new grant system to keep higher education accessible to all.

The party, which traditionally focuses on education and culture, wants Dutch schoolchildren to have a ‘rich school day’ which includes arts, sports and music and a healthy lunch. The party also pledges ‘to build a million houses’ and to replace the supplementary benefit system with a simpler one. It also wants to make it more attractive for employers to offer workers fixed contracts.

D66 currently has 19 MPs but the poll of polls (Peilingwijzer) is predicting a drop of between four to eight seats.

The Socialist Party’s first concern is to give workers more say in important decisions taken by companies, such as the level of salaries for top executives, and wants them to have a share of the profits.

Among the other main points in the manifesto are schemes to exclude market forces from healthcare and establish a national Care Fund ‘which will pay for all health care, without an own risk element’.

The pension age should be kept at 65 for those who want to stop working, and the minimum wage should go up to €14, the party proposes.

The Eurosceptic SP is also calling for Europe to stop ‘putting companies above people’ and wants a referendum on democracy in the union which will have to result in a new treaty. The euro must be abolished ‘because the differences between countries makes it unsustainable. A new currency must be created by ‘similar countries’ the SP said.

The party may see its its number of seats fall from 14 to between 11 and eight, the poll of poll said.

The VVD, which has not published its manifesto yet, seems to be making energy provision the main spearhead of its campaign. ‘If we don’t go for nuclear energy in the coming years we might as well remove our signature from the climate goals for 2050 in the Paris accord,’ MP Mark Harbers told the AD in an interview.

The VVD standpoint could make a coalition with those of its present political partners, which opt for alternative sources of energy, more difficult. The VVD also favours neatness: according to Harbers, his party does not want ‘solar panels and turbines cluttering up the Netherlands.’

The VVD is currently predicted to increase its current total of 33 MPs to between 38 and 42 seats.