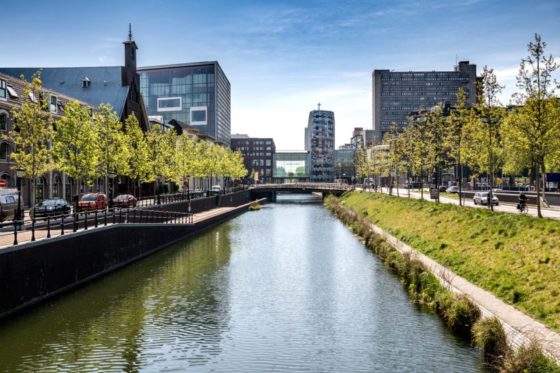 After decades of argument, Utrecht has restored the ‘singel’ canal that surrounds the city in an effort to promote greener living.

In a ceremony on Saturday, the city will officially open the Catarijnesingel, which was once part of a multi-lane highway. Boats will be able to sail around the city centre again for the first time in years from 2pm.

‘This is a historic moment for Utrecht,’ said Eelco Eerenberg, head of the station area for the municipality. ‘A lot of people from Utrecht and from outside Utrecht have always said it was a huge mistake to fill the Utrecht Singel and now after years of building work, this fault will be made good. The inner city will once again be surrounded by water and greenery.’

The city had originally intended to have a larger ceremony but due to coronavirus restrictions, DutchNews.nl understands, is celebrating the moment in a smaller way. The new stretch of canal is part of a series of measures – such as building the world’s largest bike park – to redevelop the area around the train station while promoting more eco-friendly living. 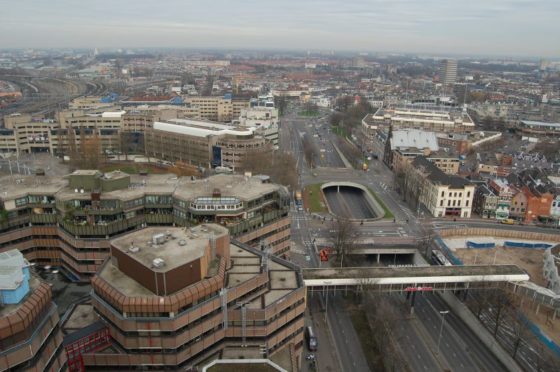 Utrecht became a city in 1122, and as part of this had the right to build a wall and a protective canal around its walls. However, from the 1950s, a series of traffic management plans have replaced much of the water with roads (although one segment was listed and preserved by the Dutch government).

Following increasing pressure to reopen the Singel canal, residents voted in a 2002 referendum for a ‘master plan’ for the centre involving digging up the roads on the Weerdsingel and Catharijnesingel and replacing them with water again. Utrecht is also building a covered shopping centre, which boats will be able to sail underneath.

‘You can see the Singel as part of the kaleidoscope of modern city development,’ added Eerenberg. ‘An old military hospital is now a hotel, a monastery become a teaching hospital and then homes and offices…They all had important functions for the city in their time and their place on the Singel.’

He said that now the city is developing ‘green’ and ‘blue’ corridors for people and nature to develop, with the aim of increasing wellbeing. The Singel will also be joined to the Leiden Rijn and is expected to improve migration routes for thousands of fish.

‘There’s not much space in the city, and cars take up a lot of room relative to pedestrians, cyclists and public transport,’ said Eerenberg. ‘But these also contribute to cleaner air for residents and liveability. In Utrecht, we choose water and greenery over a highway for cars.’