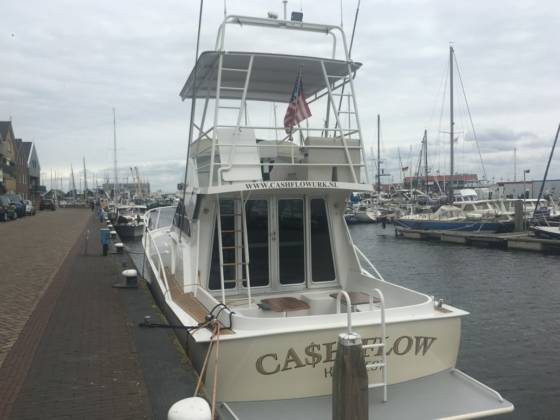 An alderman on the staunchly Protestant former fishing island of Urk has resigned after his son was arrested for drugs smuggling and it emerged he too worked for his offspring’s transport company.

Geert Post was an alderman on behalf of the fundamentalist Protestant party SGP and was the longest-serving official on the town council. He resigned after talks with other members of the town’s executive board and the mayor has instigated an integrity investigation.

Post had failed to declare that he too worked for his son’s transport company JP Trans Beheer, which is against the island’s rules. He has denied any involvement in drugs and says his son, too, is innocent, the AD reported.

Post’s son is currently in jail in England after he was caught with 419 kilos of cocaine and amphetamines during a routine inspection of lorries heading for the Channel Tunnel.

The son, 37, has denied knowing anything about the drugs, which were hidden in false bottoms on 43 flower buckets taking roses and sunflowers from the Netherlands to the UK.

In 2018 the five strong crew of an Urk-based fishing boat were jailed for up to six years for their role in a drugs smuggling operation.