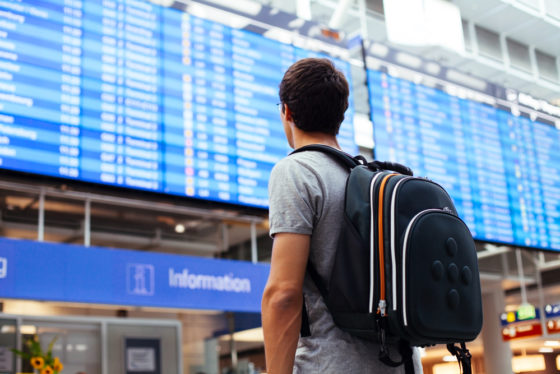 Love knows no boundaries: couples will be able to visit each other again. Photo: Depositphotos

Couples in long-term relationships will be able to visit their partners in the Netherlands after the government backed down on its visa policy.

Justice minister Ferd Grapperhaus said in a letter to parliament that ‘sweetheart visas’ would be granted to couples who could show they had been in a relationship for at least three months and signed a sworn declaration that they were together.

The rule, based on similar regulations in countries such as Denmark and Austria, applies to short-term visits of less than 90 days. Both partners will have to supply their names and addresses as well as details of the foreign partner’s return ticket.

Exactly what details couples will have to give as proof of their relationship were not specified, but they will have to show that they were spending time together regularly before the lockdown restrictions came into force.

The change follows a campaign called #LoveIsNotTourism set up by 300 people with partners based outside the European Union who lobbied MPs and the justice ministry to change the rules for people in ‘enduring’ relationships.

Earlier this week Grapperhaus appeared to rule out any relaxation of the rules when he said he saw ‘no need to relax the current policy’, Married couples were included in the government’s original list of exemptions, a distinction that D66 justice spokesman Sjoerd Sjoerdsma described as ‘arbitrary.’

In a statement, the justice ministry said keeping the coronavirus under control remained the government’s priority, but the minister had noted that ‘the ban on inbound travel has a severe impact on people who have been unable to see their partners for a long time.

‘In the light of this we have looked again critically at the limitations on long-term relationships to see if there are any ways of accommodating this group.’

Campaigner Anna-Louise Walton, who has been unable to visit her boyfriend in The Hague from her home in New York since the lockdown began, said she was ‘thrilled’ at the U-turn.

‘It gives me hope that, though the impacts of coronavirus may last for a long time, the Dutch government is willing to make adjustments to better the lives of its residents,’ she told DutchNews.nl. ‘I am thrilled that couples and families will be reunited and that I will be able to see my partner soon.’