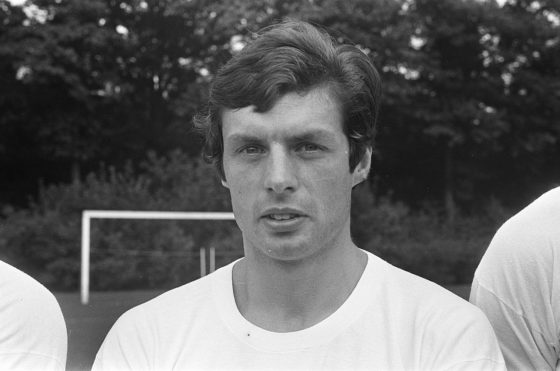 Wim Suurbier, who won three European Cups with Ajax and played in two World Cup finals, has died at the age of 75.

Suurbier was one of the pioneers of the wing-back style of play in the early 1970s with his overlapping runs down the flank and penetrating crosses. One of the most memorable was the pass from which Johan Cruyff scored the opening goal in the 1972 European Cup final against Internazionale.

He played 509 games for Ajax over 13 seasons, winning seven league titles and four KNVB cups as well as the three European crowns. Suurbier also turned out 60 times for the Netherlands national team, including the World Cup finals of 1974 and 1978.

He was taken to hospital in Amsterdam at the end of April after suffering from a stroke and spent the last 10 weeks of his life in intensive care, NOS reported.

The Eindhoven-born Suurbier made his Ajax debut in 1964 at the age of 18, in a match against Groningen better remembered for Cruyff’s first senior goal. In 1977 he transferred to German side Schalke for one season, before moving to Metz, again for one season, and spending the last eight years of his career in the United States.

Of his playing style, he once said: ‘It really just came by itself. I didn’t have the idea I was doing anything remarkable.

‘As a defender you obviously have to make sure the ball doesn’t come near your goal. Then you make sure it reaches the wide players. Only once you’ve got the upper hand can you join in the attack.’