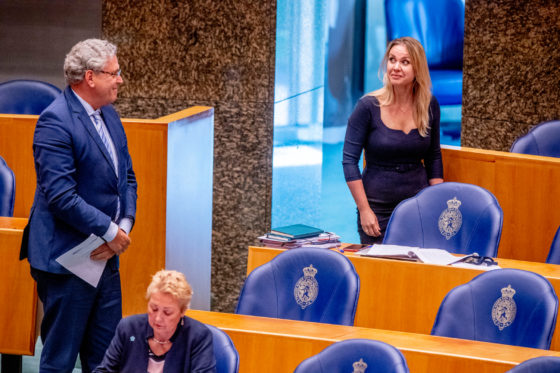 Two politicians who broke away from parties they co-founded, Henk Krol and Henk Otten, are teaming up for next year’s parliamentary elections in March.

Krol walked out on the pensioners’ rights party 50Plus in May in the wake of a row over the bullying and ‘autocratic’ style of chairman Geert Dales, who also resigned.

The remaining 50Plus MPs accused Krol of ‘seat snatching’ when he decided to stay in parliament and form a new faction with Femke Merel van Kooten, who had split with the animal rights party PvdD.

Krol is expected to head the list of candidates for the group, which will fight the election under the name Partij voor de Toekomst (Party of the Future).

Otten was briefly leader of the senate group for Thierry Baudet’s Forum voor Democratie following the party’s breakthrough in last year’s provincial elections, but a public row with Baudet ended with Otten being expelled from FvD and accused of financial impropriety.

Otten denied the allegations and filed a formal complaint of libel against his former party. He formed an independent Senate faction with Jeroen de Vries, who is also joining Krol’s new group.

Otten told the Telegraaf that the party was aiming to win 10 seats in the election next March, which would require a 6.7% share of the vote. 50Plus won four seats in the 2017 election while Forum voor Democratie took two.