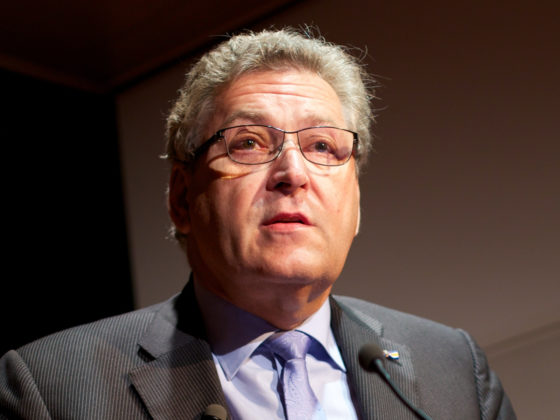 Former colleagues of Henk Krol have accused him of ‘seat snatching’ after he walked away from 50Plus to form a new group, the Party for the Future (PvdT).

Krol, 70, teamed up with Femke Merel van Kooten, who defected from the Animal Rights Party (PvdD) last July. The creation of the new group brings the number of parties in the 150-seat Lower House up to 14.

Van Kooten, 36, had been a member of 50Plus since December but sat in parliament as an independent.

Krol announced his departure in a letter to members on Sunday in which he blamed ‘egos’ and ‘careerists’ for blighting his efforts to make 50Plus a ‘serious party’.

The party had been engulfed in recent weeks in a row over the management style of former chairman Geert Dales, who quit along with the governing board a week ago. Krol took Dales’s side while the other three MPs publicly withdrew their support because of his ‘autocratic’ approach.

They accused Krol of taking decisions with Dales behind members’ backs and sowing discord within the party.

‘On the outside it looked as if there was peace in the camp, but members were leaving and party chairman Dales pressed ahead with the suspension of members and spending party finances on expensive legal procedures,’ van Brenk told Nieuwsuur.

She said an ‘unworkable situation’ had been created and claimed Krol had not consulted his parliamentary colleagues before announcing his decision on television.

‘Henk Krol wanted to implement a number of reforms in the party,’ said Van Brenk. ‘We came to an agreement about that. As late as Thursday I was sent out to gather support from local party officials and secured it. And now this morning it turns out it was all for nothing.’

Members queried Krol’s claim that he had decided to stand down as leader at the weekend after noting that the website for his new group had been set up two weeks ago. Krol himself insisted he had tried to reconcile with his colleagues and only registered the new party as an ‘escape route’.

‘If you look at the history of 50Plus, there were non-stop rows for the first eight years and for the last two years that wasn’t the case,’ he told Nieuwsuur. ‘I was hugely committed to that because it was important for the members to be able to have their say, but there were others who made it impossible.’

The members were also unhappy with Krol for retaining his seat in parliament despite supporting a bill during the current parliamentary session designed to prevent MPs continuing as independents when they had been elected on a party list.

Party founder Jan Nagel said: ‘He was elected on 50Plus’s party manifesto, not in his own name. He is leaving the voters in the lurch. It’s incomprehensible that he has done this.’