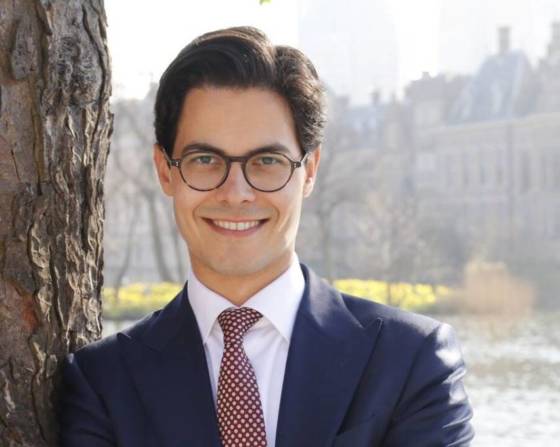 The Dutch approach to the EU, anchored in the government accord, is too rigid in times of corona and must be abandoned to make way for steps towards a more mutually supportive Europe, D66 parliamentary group leader Rob Jetten has said in an interview with the NRC at the weekend.

Instead of putting the brakes on a more integrated transfer union, as stipulated in the accord, further integration should be encouraged so richer countries can increase support for poorer member states, Jetten said. It is the first time a coalition partner has openly questioned the government accord so publicly, the paper said

Jetten, who has lobbied for a more integrated Europe despite his party’s support for the government accord, pointed out that southern Europe will be hardest hit by the coronavirus crisis and that more financial help for poorer member states would benefit the Dutch economy as well.

‘Unemployment there will rise to an unprecedented level there and it is obvious that this will have an effect on our prosperity too. It would be wise to take steps towards a closer union so Dutch flower growers can continue to sell their wares in Italy,’ he told the paper.

The limited European multi-year budget favoured by the Netherlands is not realistic now a huge international recession is imminent, Jetten said. It will take massive investment to pull Europe out of the corona crisis.

In order to finance this, Jetten proposes giving the EU tax raising powers, so big tech companies like Facebook and Google which currently owe hardly any tax at all can be made to pay up. Controversy about higher contributions by member states would also become a thing of the past, he said.

European taxes have never been a popular prospect in the Netherland but, Jetten claimed, more people, including Rutte and Hoekstra, are coming around to the idea, particularly if it is the only option in the face of higher contributions.

Jetten also said he believed that prime minister Mark Rutte and finance minister Wopke Hoekstra are ‘harming Dutch interests’ by adopting a ‘disrespectful tone’. Hoekstra has insinuated that southern countries are spendthrifts and Rutte has been, he said, making ‘jolly jokes’ comparing the EU to ‘a party organising committee in search of a party’.