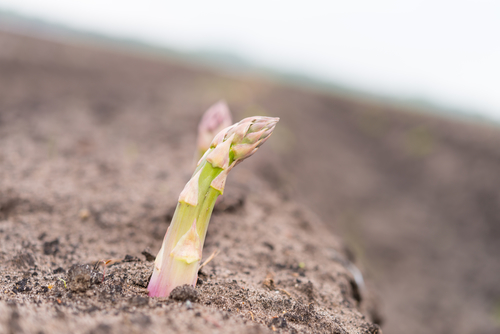 Foreign nationals working in the agriculture and distribution sectors on temporary contracts are being particularly hard hit by the coronavirus crisis and those that lose their jobs are finding themselves homeless to boot.

Some 43,000 Polish nationals live in the worst affected province of Noord-Brabant and the situation they are facing is becoming dramatic as the corona crisis evolves, says Malgorzata Bos-Karczewska, journalist and editor of Polish news website Polonia.nl.

‘A huge majority of Poles are employed on junk contracts allowing temp agencies to kick them out when a company has no orders,’ she said. ‘Some are losing their jobs and being thrown out of their homes because their home is part of their labour contract.’

In particular, people working in distribution centres are not being given proper protection against coronavirus spreading, unions and experts say.

Distribution centres are largely staffed by people from eastern Europe working on flexible contracts who are now working very long hours and living in overcrowded conditions.

Some companies are taking the temperature of workers before they enter the warehouse, even though this is not technically legal.  ‘Then they say you can wait outside until the shift is over,’ Patryck Rabinsky, who works at a distribution centre in Oirschot, told EenVandaag. ‘You can’t get home because there is no transport.’

Bos-Karczewska says eastern European workers are particularly vulnerable because if they lose their job they have nowhere to live and very little means to live on.

‘Those who working are living in very overcrowded conditions. At the moment they are feeling scared, frightened and totally left alone. Agencies and employers are showing very little responsibility for their health or what happens to their workers, if they are struggling with their own businesses,’ she said.

The government needs to take urgent action because the situation is deteriorating very quickly, Bos-Karczewska said. ‘They can’t go back to Poland right now because the borders are virtually closed and they would have spent two weeks in quarantine if they get in. And the government’s help with paying wages does not cover people on zero hours or call-out contracts.’

A spokesman for social affairs minister Wouter Koolmees told DutchNews.nl that he is aware of the problems facing migrant workers and is asking employers to behave decently.

‘We have known about the problems with housing for some time and we are working on solutions,’ the spokesman said. ‘In addition, everyone has the right to a healthy working environment.’

Staffing agency lobby group ABU did not respond to DutchNews.nl’s request for a comment, but a spokesman told EenVandaag that its members are doing their best to provide decent housing and are providing information in many different languages.

The FNV trade union federations says it has had dozens of phone calls from people on flexible contracts who have lost their jobs.

‘They are saying that they have been dumped, despite the government’s appeal to employers to keep temporary staff on their books,’ deputy chairwoman Kitty Jong told NOS news.

‘We have a very flexible labour market and the ugly side of it is now becoming clear,’ she said.

Local authorities are bracing themselves to deal with thousands of claims for financial help once the new rules have been finalised. They are charged with administering the allowance, which is usually claimed by just a few hundred people.

The government said earlier this week that it would give freelancers who lose income three months financial support up to the level of basic welfare benefits. There will be no checks on their partners’ income and they will not have to use up their assets before they are eligible.

Asked about the particular problems facing people on call out and zero hours contracts, Koolmees’ spokesman said more would become clear when the terms of the package to help employers pay wages were worked out.