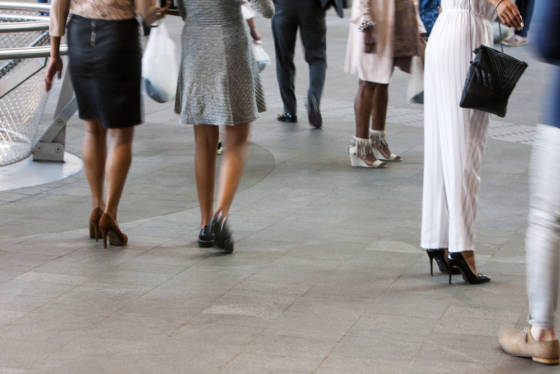 Amsterdam city council is to ask hotels, restaurants and nightclubs to report potential cases of grooming, harassment and abuse as one of a series of measures to try to boost the safety of women in the capital.

National research shows that 22% of women have been victims of sexual violence and the number of incidents of domestic violence registered by Amsterdam police department increased by 7% within a year, from 6,183 in 2017 to 6,608 in 2018, officials said on Tuesday.

In addition, city research published last July shows 51% of women in Amsterdam had been subject to some form of harassment in the street in the previous year. The figure rises to 81% among the under-35s, with women most likely to report being whistled at, or subject to sexually-tinted comments.

‘Fighting harassment and violence against girls and women is a priority for the city’s administration,’ officials said in a press release. ‘This must take into account the many different forms that can take: from catcalling and hissing, to repeated sexual abuse. If a law is being broken, it is of the utmost importance that this is being reported.’

Mayor Femke Halsema is introducing a range of new initiatives to tackle different aspects of the problem, including setting up support networks and shelters for victims and boosting the amount of research..

In particular, officials say, it is ‘highly likely’ that hotels, restaurants and nightclub staff are witness to plenty of cases of grooming, harassment and abuse.

The mayor is now approaching the industry to make agreements based on a voluntary commitment to report these crime and is also looking into ways to force businesses that are unwilling to cooperate on this to report crimes.

In 2017, city councillors voted in favour of a ban on street harassment, such as hissing and catcalls. However the bylaw has not yet been enacted pending the outcome of complicated legal case launched by Rotterdam city council last year.