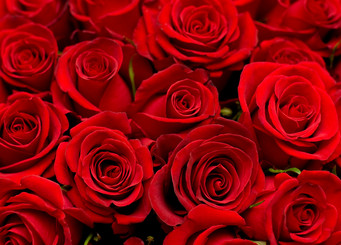 Some Dutch rose growers who have moved to Kenya are paying a pittance in tax in the African country by using letterbox firms in the Netherlands and in tax havens, investigative journalism platform Investico has found.

Investico, which bases its findings on information from the Kenyan chamber of commerce and the Panama Papers, looked at 32 international growers, 14 of whom use offshore constructions.

One example cited by Investico is Oserian, one of the oldest Dutch rose growers in Kenya. It is owned by a trust in Liechtenstein which in its turn is managed by a trust in the British Virgin Isles.  Despite a turnover of €47m in 2011, Oserian paid a minimal amount of tax in Kenya, partly by using a letterbox firm in Amsterdam.

‘This is a clear attempt at tax avoidance,’ Vincent Kiezebrink of the foundation for the investigation of multinationals SOMO told the platform. An Oserian spokeswoman confirmed the company is owned by the trust in Liechtenstein but denies this is a tax avoidance scheme and declined to say how much tax the firm pays in Kenya.

The Kenyan Flower Council, a lobbying organisation representing 80% of growers, said it was not aware of the tax avoidance schemes but said taxes in Kenya are high and the sector is struggling. Exports also fell 22% recently because of drought.

Flower industry umbrella group RoyalFlora Holland told the paper that the Dutch growers are bringing jobs and expertise. However, the sector has been criticised for bad working conditions and damage to the environment, despite the fact that most Dutch growers in Kenya have the Fairtrade label, Investico found.

‘The subject of tax in relationship with sustainable development is not yet on the agenda,’ a spokesman for RoyalFlora Holland said. ‘But perhaps we should talk to those involved.’