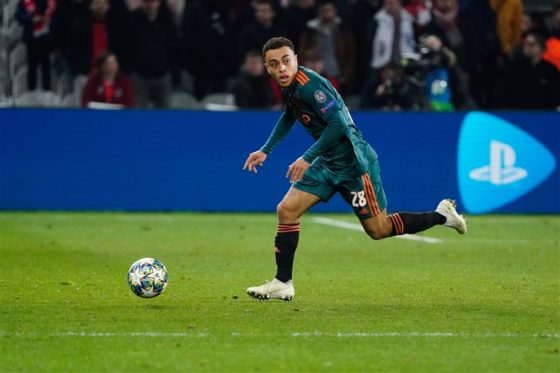 Ajax defender Sergino Dest has left the club’s winter training camp in Qatar because of the rising tensions in the Middle East.

Dest, who holds Dutch and US nationality, said in a statement that he does not feel ‘comfortable’ in Qatar and has flown back to the Netherlands.

The US national squad earlier cancelled its plans to hold this winter’s training sessions in Qatar following the killing of Iran’s most senior general by US drones. Iran has since attacked US military bases in Iraq.

Ajax is in close contact with the Dutch foreign affairs ministry about the security situation in the Middle East, news agency ANP said.

The Amsterdam club, currently three points ahead of AZ of Alkmaar in the Eredivisie, has been criticised for agreeing to use the Qatari football facilities.

Ajax is reportedly receiving €700,000 for the trip in January during which the players will be testing a stadium that has been built for the 2020 World Cup. The trip includes a stay in a luxury hotel, which is part of the sports facility.

‘It is not up to Ajax where the World Cup is held,’ Amnesty International spokesman Emile Affolter told Nu.nl in October. ‘But it does have a free choice when it comes to the venues for a winter training camp. Hundreds of lives were lost during the building of the stadiums in Qatar and workers are on starvation wages.’