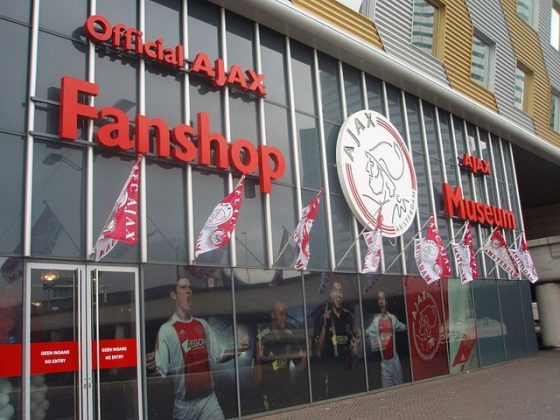 Photo: Mister No via Wikimedia Commons

Amnesty International and Human Rights Watch (HRW) have called on Ajax shareholders to question the club’s decision to go on a winter training camp in Qatar in view of the country’s human rights violations, Nu.nl reports.

Ajax is reportedly receiving €700,000 for the trip in January during which the players will be testing a stadium that has been built for the 2020 World Cup. The trip includes a stay in a luxury hotel, which is part of the sports facility.

‘It is not up to Ajax where the World Cup is held,’ Amnesty International spokesman Emile Affolter told Nu.nl. ‘But it does have a free choice when it comes to the venues for a winter training camp. Hundreds of lives were lost during the building of the stadiums in Qatar and workers are on starvation wages.’

Amnesty claims the number of people who died building sports facilities in Qatar – often of heat stress and pressure to finish the stadiums on time – is higher than in other host countries with human rights issues, such as Russia and China.

‘The number of deaths is only going to go up because of the pressure to get things done before 2020. Ajax must ask itself if it, as an international club, wants to contribute to that situation and if it is right that it should make extra money out of the exploitation of people,’ Affolter said.

Amnesty is investigating if the club can be held legally responsible for maintaining a situation in which human rights are violated, Nu.nl said. The human rights organisation is also contemplating buying a share in Ajax so it can be present at the shareholders meeting scheduled for November 15.

Human Rights Watch commented that it believed ‘Ajax is a decent club with respect for human rights. If that is truly the case a luxury training holiday would be out of the question.’ spokesperson Jan Kooy said.

The club’s supporters association SV Ajax released a statement in which it said it ‘questioned the choice of venue because of the circumstances there. We think football is for everyone but unfortunately that isn’t the case in Qatar.’

Ajax said on its website it accepted the offer of the one-week trip because of the good facilities and the chance to ‘explore the business opportunities of the region’.

Spokesman Miel Brinkman told NU.nl that ‘politics and sports should not mix and pointed out it was not the first time the club had trained in Qatar although that visit was not clearly linked to the upcoming world championship. ‘January is the best time to prepare for the second part of the season and we liked it there the first time,’ Brinkman said.

Football club PSV went to Qatar earlier this year and may be planning a second trip in the near future. General manager Toon Gerbrands commented that the club ‘is not concerning itself with human rights. I have left that behind me a long time ago,’ NU.nl quotes him as saying.