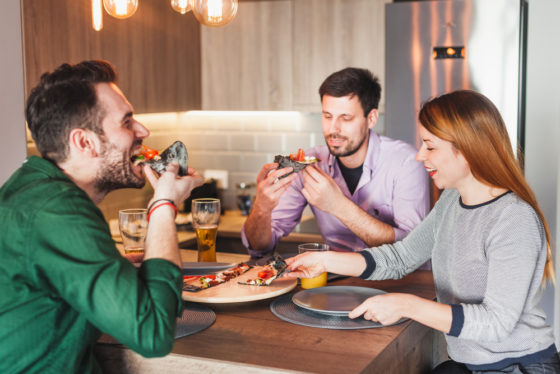 Amsterdam city council’s plans to get tough on flat sharing have come under fire, with housing cooperations and landlords saying the measure will cut the amount of housing available for students and young workers.

The plans involve requiring landlords to get a licence if more than two adults plan to share a flat, and placing tough limits on how much they can charge. It will also introduce quotas for how many houses in a given area can be rented out to groups.

The city’s housing corporation association said ahead of a council debate on Wednesday evening that its members had decided to stop issuing so-called ‘friends’ contracts to flat sharers because of the new rules.

In particular, the plan to make sure landlords up sound-proofing standards and rent properties on a room by room basis are making it impossible to continue, the association said.

The new rules will also set tough rent limits on how much landlords can charge, based on a point system. ‘If I can rent out a three bedroom flat to two people for €1,500 without a permit, why should I give three people an individual contract for €350 each?’ one landlord told DutchNews.nl.

Hundreds of students turned up at Wednesday’s stormy council meeting to protest about the plans. They say the rules will make it much harder to find a place to live and so far well over 3,000 have signed a petition calling on the city to rethink.

According to city figures, some 76,000 people in Amsterdam share a home with at least two other adults, with 54% paying up to €660 a month.

Young expats are also being hard hit by the rules, with some being told that they cannot officially register at their prospective home because it does not have a multiple occupancy permit. In other cases known to DutchNews.nl, fourth tenants have been told they have to move out.

Housing alderman Laurens Ivens, who is behind the changes, told the Financieele Dagblad he accepts some landlords will stop renting to groups. ‘The amount of flat sharing has grown enormously recently,’ he told the paper. ‘I don’t think it that bad if a couple of landlords stop doing it.’