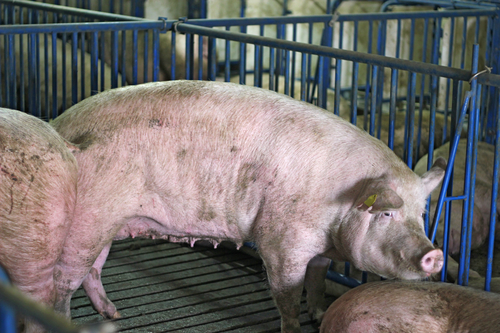 Government plans to reduce nitrogen pollution by compensating farmers will not be enough to reverse the damage to the environment, new research has found.

Scientists at Wageningen Environmental Research wrote in a report that emissions would have to be cut by more than 50% before the natural world experienced any benefit. The research was commissioned by the World WIldlife Fund (WWF).

The report was published ahead of a debate in parliament on Thursday on the government’s response to a Council of State ruling in May which said regulations for restricting ammonia, nitrogen oxide and nitrous oxides near designated nature protection zones breached EU law.

The judgment meant 18,000 building projects had to be put on hold, as well as several road building projects. It also has major consequences for the agriculture sector, which generates around 45% of nitrogen compound emissions.

Farmers staged a mass protest in The Hague two weeks ago after coalition party D66 proposed cutting livestock numbers by 50% to comply with the Council of State’s ruling.

However, Wageningen researchers say shutting down peripheral farms is not enough and more regulations are needed at national level. More than 70% of the conservation zones have excessive levels of nitrogen compounds, with ammonia generated by livestock farming the number one source.

They say the total level of nitrogen needs to be reduced by more than half to compensate for nitrogen pollution that drifts across from other countries.

The coalition parties are divided on the issue, with the right-wing VVD assuring farmers that they will not be forced to cut their cattle herds and technological solutions will be found instead, in contrast to D66’s position.

More protests were taking place on Monday as convoys of tractors headed for provincial assembly houses. A 10 kilometre traffic jam was reported on the A7 heading in to Groningen as farmers travelled to the city.

Protest leaders are pressing provincial governments to scrap nitrogen rules imposed in response to the Council of State’s ruling, arguing that they should wait until the cabinet has finalised its plans. Last Friday Friesland withdrew its new regulations under pressure from a group of 300 farmers who parked their tractors outside the assembly building in Leeuwarden.