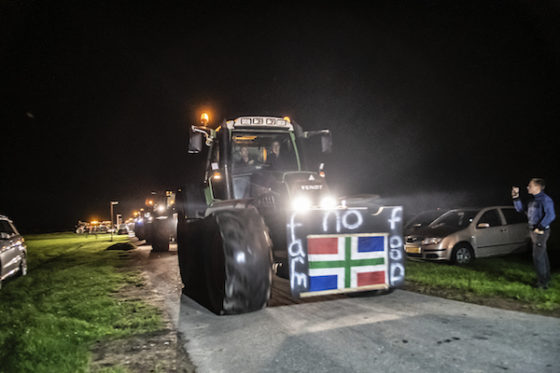 There were record traffic jams on the Dutch roads on Tuesday as thousands of farmers headed for The Hague to take part in a mass demonstration, hundreds of whom are travelling by tractor.

Motoring organisation ANWB said Tuesday morning’s rush hour, with over 1,000 kilometres of jams, was the worst ever – with queues of 40 kilometres on the A2 from Utrecht to The Hague alone.

Heavy rain has added to the problems, the ANWB said.

The farmers are heading for the Malieveld close to parliament, where tens of thousands are expected to join the protests. The demonstration has been prompted by a suggestion from coalition party D66 that Dutch livestock farming should be slashed to meet commitments on reducing nitrogren emissions.

Farming organisations say their members are sick of being described by politicians, the media and activists as pollutors and animal abusers.

The Hague city council had given permission for 75 tractors to come to the city and the rest will be either diverted to the beach at Scheveningen or to ADO Den Haag football club’s car park.

At least one farmer has already been arrested for driving over the central reservation to avoid road blocks, broadcaster NOS said.