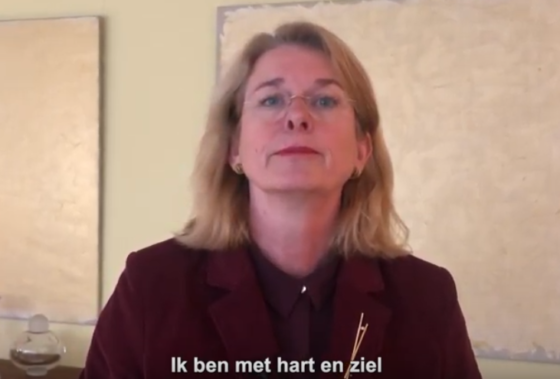 The mayor made the announcement on Twitter, via a Youtube film, in which she stressed the neutrality of the Dutch safety board, which drew up the report.

The report had slammed the mayor and other officials for knowing the bonfire, which sent clouds of cinders into the seaside resort of Scheveningen, broke safety rules but still failed to intervene. This, the report said, was a decision taken to keep the peace with the bonfire builders.

Mayor Pauline Krikke of The Hague has handed in her resignation to the King’s Commissioner of South Holland, efective immediately (film in Dutch).https://t.co/k8Pvf3mzk1

In the video, Krikke spoke about the corruption investigation into two of the city’s aldermen, who were forced to step down from their duties last week. Last Wednesday’s debate into the scandal was ‘hampered’ by ‘insinuations and accusations, both new and old, about the functioning of aldermen and civil servants,’ she said.

The public debate and the pending council debate on the safety board report, she said, was now increasingly focusing on her own performance.

‘The debate about my future is impeding the debate about the future of The Hague,’ she said. ‘So I can do nothing other than do what I asked my aldermen to do… and I have tendered my resignation to the King’s Commissioner. I have been mayor of The Hague in heart and soul.’

Krikke, 58, had been mayor of The Hague for 2.5 years. Local party leaders have described her decision to step down as ‘sensible’ and ‘unavoidable’.

The resignation means The Hague now has no effective administration or mayor, who also acts as chief of police.

Last week the city’s coalition collapsed when the VVD, D66 and GroenLinks said they had no confidence in the biggest party Hart voor Den Haag/Groep de Mos which won eight seats at the last local election.

The party’s two aldermen Richard de Mos and Rachid Guernaoui and a local councilor are all being investigated for possible bribery and corruption in connection with late night licences.

Work is now under way on putting together a new administration for the city.