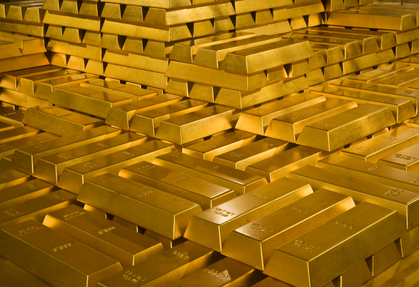 The Dutch central bank is moving part of the national gold reserves to a temporary home in Haarlem ahead of a permanent move to the new DNB Cash Centre at military premises in Zeist.

The bank wants the gold out of the way so it can simplify and speed up renovation work at its premises on Frederiksplein in Amsterdam, it explained on its website on Monday.

The central bank wants its Amsterdam office to become ‘a knowledge institute’ and more accessible to ordinary citizens, but storing the gold there would make that difficult. The busy city centre traffic also make it harder to transport money.

The vaults at the bank currently hold 14,000 gold bars, each weighing 12.5 kilos and worth a total of 6.4 billion euros.

The operation is not a simple one, director of business operations Maaike van Leuken told broadcaster NOS. ‘But we have experience handling this type of transport. Earlier we brought back part of the Dutch gold reserve from the US to the Netherlands.’ Van Leuken did not comment any further on the logistics of the operation so as not to compromise security.

The gold bars, which will be housed in the empty vaults of former money printers Joh. Enschedé in Haarlem until 2023, represent 31% of the Dutch gold reserves. The rest is stored in vaults in New York, Ottawa and London.