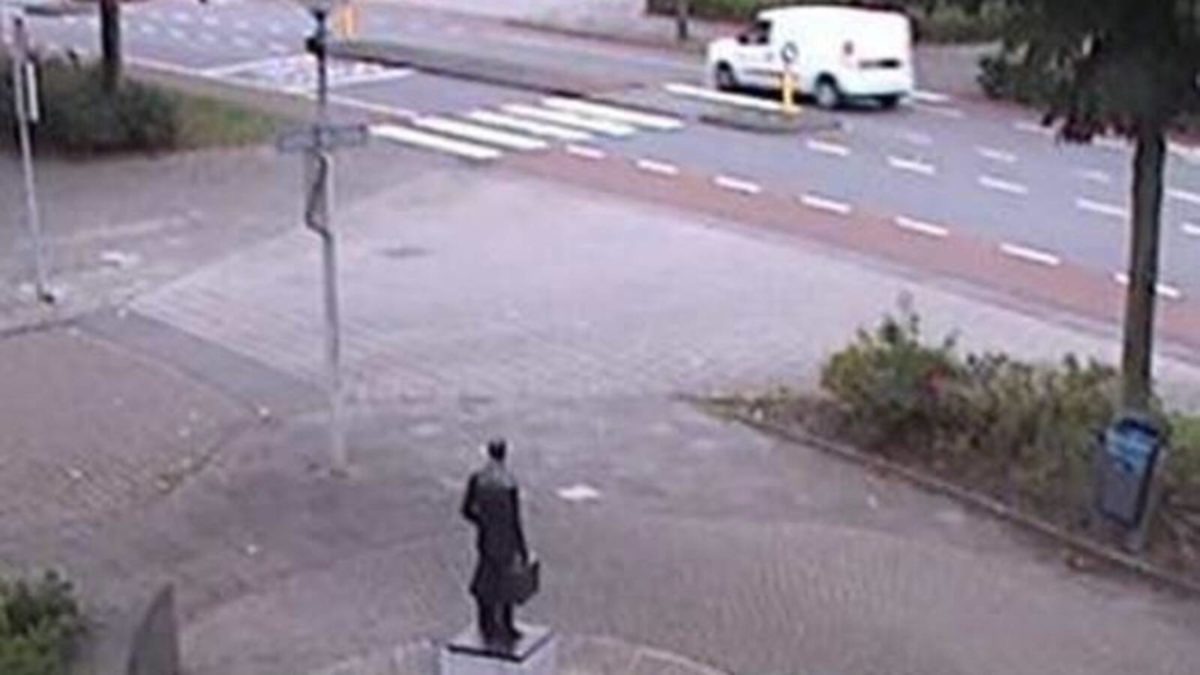 Police investigating the murder of Amsterdam lawyer Derk Wiersum have released a picture of a white van that they believe may have been the getaway vehicle.

The van, thought to be a Fiat Doblo, was seen driving away from Imstenrade in the Buitenveldert district of the capital at around the time Wiersum was shot dead on his doorstep on the morning of September 18.

The 44-year-old was acting for Nabil B, a key witness in a major drugs trial revolving around on-the-run gangster Ridouan Taghi. The killing has been described as a ‘new, dark phase’ of the increasingly deadly underworld drug wars and prompted justice minister Ferd Grapperhaus to pledge tough new measures against drug criminals.

Police said it was unusual that they had not yet recovered an abandoned or burned-out vehicle matching the description of the van. They also said they were looking for two men in connection with the murder of Wiersum, rather than a lone killer as previously indicated. The gunman is described as 20 to 25 years old.

The public prosecution service has also tightened security around everyone involved in the Taghi case.